please bury me with it 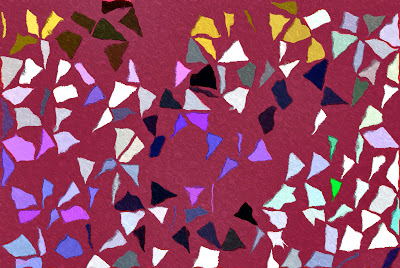 I was talking a few nights ago on Twitter...

[Is it called "talking"? What is it? Because I absolutely refuse to use "tweeting." I do not do that.]

...with some blogger friends about doing these upcoming video commentaries on Boys and YA – books for, about, and by boys.

And, naturally as I would expect, something kind of interesting happened during the course of our exchange.

XY (that would be me. It's a chromosome thing): [Racks his brain. Thinks to himself: Does she think I'm THAT fucking old??? That I haven't read anything published since... wait... that was before I was fucking born. Gah! Now I hate myself even more for having used an exclamation point.] Um. No. I mean, like stuff for boys, about boys, and written by boys (male writers) that is out, like, now.

Blogger XX: Wow. I didn't know such a thing existed.

XY: That's why I'd like to talk about it.

Blogger XX: Do you know any boys who blog about books and reading?

XY: Yes. For example, there's Alex Bennett, Brent Taylor, Devyn Burton... and I can think of a few others.

And this is how it goes.

You know, there’s so much talk these days about inclusion and diversity being represented in YA… but this is one of the most obvious and overlooked aspects of the discussion: Guys.

I know some of you fans of so-called YA find that hard to believe, or, at best invisible and unimportant.

Guys do read, you know. We write, too.

And I'm not just talking about guys as characters in books. Anyone can stick a token, (and frequently) stereotyped mascot of something the author IS NOT in their story. It happens all the time. When white guy writers used to do it to minority groups, it was aptly called bigoted and ignorant.

Today, though, real guys are the minority (1000 to 3, according to Blogger XX) whenever it comes to YA literature.

Now here's where I'm going to make some people angry and defensive: In the same way that I would expect to get most of it entirely wrong, and to be fairly criticized for even attempting to do so, I would be a fair target if I (as a pretty mainstream kind of average white guy) wrote a novel from the perspective of or about the experience of being, say, a Native American, a poor kid from Myanmar, or a Black teenager in the South. And I would deserve to be raked over the coals for that.

Just yesterday, I read a YA blogger's (who happened -- what a surprise -- to be a woman) review of a new novel, in which she (the blogger) wrote: This is XX's first YA told from the POV of a guy protagonist... and she totally nails it!

How could you know if she nails it or not?

How could you know?

But Young Adult males do need to hear from people who share their journey, who know (not as an observer, but as one of them) what their experiences are and have been. And the bottom line is, there are plenty of YA enthusiasts out there who:

A) Do not think such a thing exists

B) Apparently don't think it matters, because boys stopped reading back in about 1954, when Lord of the Flies bored them all to death.

I'm just trying to warm your brains up a little bit to get you to consider what I'll be talking about on the video coming up in a couple weeks.

Don't worry, I'm not ripping in to YA bloggers alone, I also have a few remarks that might make the following people feel a bit uncomfortable:

...So just you wait. The video is coming.

There will be visuals.