1. I took this photo from the deck on my office this morning. On June 1, there was a terrible fire up here and we were forced to evacuate. We really had no choice in the matter, and when we left we were convinced our house would burn down. Well, the house did not burn down, although Satan's House (this was actually a real place) and a couple others did.

In fact, just about the only spot for miles in any direction up here that DID NOT burn is this land directly behind our house, which is what I look at every morning, and day, and night when I am the galley slave to the keyboard.

The consequence is that every last bit of surviving wildlife has now crowded into this area, which means we are sharing our space with families of deer and lots of big, hungry coyotes. One of the coyotes is completely unafraid of us, and will often sit just outside our horse corral, just waiting and watching. He has eaten two of our cats in the past couple weeks, and is probably trying to figure out a way to get to our chickens, or maybe the puppy. 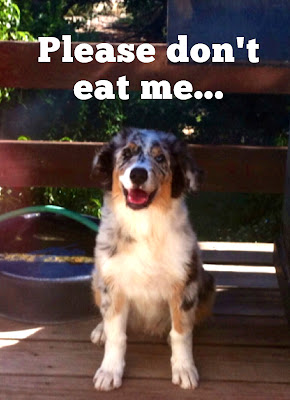 It was a very noisy night last night with swarming coyotes and stuff. It was very much like the Sam Shepard play, True West, which I recently read.

2. Apparently, Grasshopper Jungle is up on Edelweiss, an e-ARC delivery system for bloggers and reviewers. I think Edelweiss may be overheating, judging from the comments I am getting from people queuing up to read it.

Unexpected, to be sure. And big. But hard to explain. Like when you look into a tiny snow globe, which is really just a tiny thing, but inside there's a whole village, or world, or universe, everything all connected by the fake snow and the walls of the snow globe and your hands holding it and your arms attached to the hands, etc. One little shake and the whole thing goes. So yeah, big like that. One Hundred Years of Solitude big. 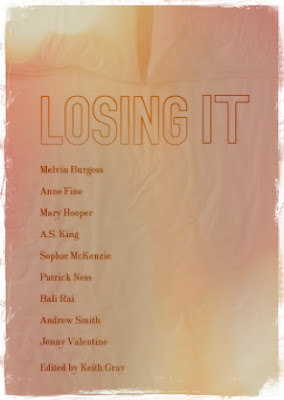 1. I have just three words about this book, Losing It, which comes out from Carolrhoda Lab/Lerner on October 1. Those three words are these: babies with guns.

2. One of the things I forgot to mention yesterday has to do with an upcoming appearance I have on Friday, August 23 at the Barnes & Noble in Valencia (from 4 - 7 PM). A dozen authors representing all kinds of genres will be there, including my friends Jessica Brody, Gretchen McNeil, and Sarah Skilton.

The people at Barnes & Noble are turning the event into a fundraiser for a terrific cause, the Yes I Can program at Canyon High School. The program focuses on autism awareness and anti-bullying, creating an environment and opportunities for kids who sometimes are perceived as not fitting in, which is kind of exactly what Winger is about, and why Barnes & Noble wanted me to be there with that particular book.

So, for that day, and even throughout the following week for online orders, Barnes & Noble will be donating a portion of all sales (and not just my books, but you naturally want them, right?) to Yes I Can, as long as people who come in mention the Canyon High School YES I CAN Bookfair, or enter the online code when ordering.

Great kids, a great cause, and a great event. 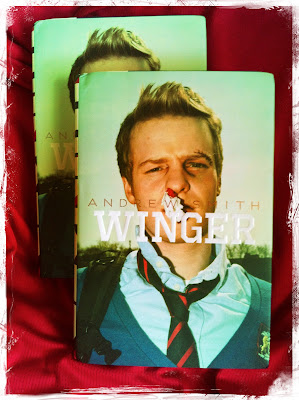 news of the week, and a bit of free writing advice 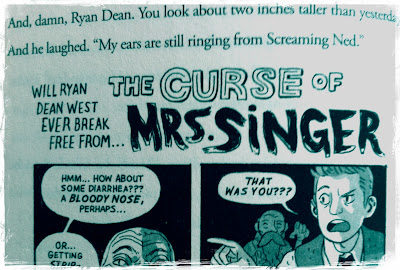 1. I finished proofing the inside ARC pages for Grasshopper Jungle. Did I mention they look beautiful? For some reason, seeing the typeset pages of your soon-to-be book is always the most thrilling part of the journey for me; kind of like seeing an ultrasound of your fetus or something.

Also, there were about a dozen or so mistakes I caught, but that's no big deal. Now I can actually say I am completely finished with that book and it's time to move on to something new, as always, which is kind of postpartum-ish. So I am writing again, but I have until March 25 to turn in my next novel, which is a very comfortable deadline.

2. I saw a really cool article on YALSA's The Hub about getting YA fiction into the hands of readers who say they only like graphic novels. The article recommended Winger... and in pretty much the same breath as The Absolutely True Diary of a Part-Time Indian, which is one of my favorite books ever.

You can read YALSA's YA Fiction for Fans of Graphic Novels and Comics here.

3. I also received news that Winger has been nominated to YALSA's 2014 Best Fiction for Young Adults award. The list of nominees is spectacular, by the way, and this is a huge honor.

4.  Yesterday, I participated with a number of other authors in the Nationwide Teen Lock-In video conference. I think the idea was that a whole bunch of teens spent the night in their local libraries tuned in to the conference and asking the authors a bunch of tough questions.

And... um... unlike the last one of these things I did, the technology worked perfectly.

One of the last questions I received was about giving advice to teens who want to write. Since this has been dubbed the "conference season" for whatever reasons, I figured I'd share my tips about being a writer here. I answered the question something like this:

Nobody can teach you how to be a writer. You have to learn how to do it. Everything you do in your life is part of the lesson in becoming a writer. If you really want to learn--and some people are afraid of what that verb--to learn--entails--you have to disconnect. You can't possibly learn how to be a writer if the majority of your life experiences are scripted by someone else and delivered on a flickering screen. This is the killer--the anesthesia to creativity. You need to get out and bump into things. If you know more about the characters in Dr. Who than the characters in your neighborhood, this doesn't bode well for your future as a writer. You need to read an awful lot. I listed the authors of the books stacked all over my desk. Here they are: Sam Shepard, Gunter Grass, Kurt Vonnegut, Tom Robbins, Salman Rushdie, Ernest Hemingway--and I told the kids about the YA I've read this year, too--notably from John Corey Whaley, Carrie Mesrobian, and A.S. King. Yes, I have a very messy, book-stacked desk. You can't be afraid of grammar, spelling, and mechanics. You have to love those things as much as the story caged-in by them, or you will never be a writer.

I know. I'm such a downer. You want easy? Go learn how to ride a two-wheeler.