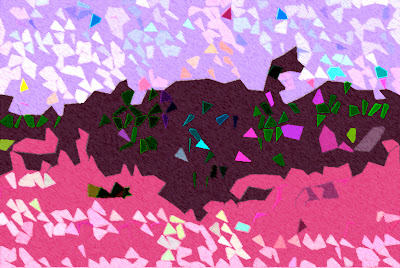 So, there's a catering truck parked out by the horse paddock.

It's for the documentary crew.

Last night, they cooked chicken for everyone working on the film. It was legs.

Then, the cook noticed that the entire bulk-package of legs he'd purchased for the meal consisted of only right legs. Every one of them was a right leg.

The cook (his name is Dimitri. I have never met anyone named Dimitri. There are THREE guys working on the documentary named Dimitri.) claimed it was a "Jesus Tortilla Moment."

I asked what a Jesus Tortilla Moment was.

He said it was like when someone finds a likeness of Jesus on their tortilla and then they frame it and call the newspapers and stuff like that.

Last night, nobody ate because we were caught up in the Jesus Tortilla Frenzy.

A documentary crew can get really grumpy when they haven't been fed.

Two of the Dimitris are having a fistfight as I type this.