third star on the right 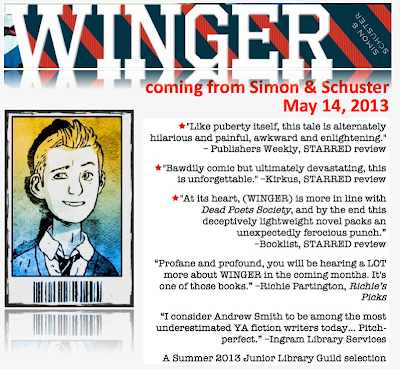 --Thanks very much, Booklist. 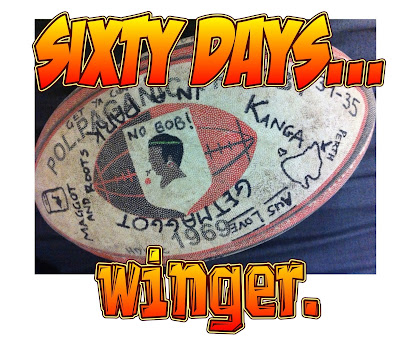 In exactly 60 days, Winger will be here.

That's not so long.

This photo is a rugby ball that was given to me by some kids who play rugby at Trinity College in Perth, Australia. They're terrific kids, and standout ruggers.

proof the aliens are here 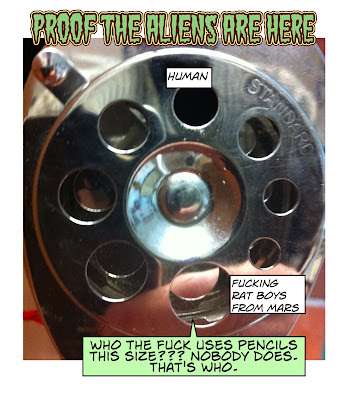 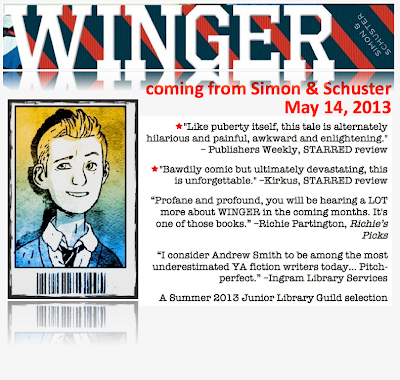 on becoming a noun

You know who I really admire?

I will tell you.

Here's one reason why: Ellen has created a nonprofit organization to assist and provide care for at-risk kids. The organization is called Ventana Sierra. One of the ways the organization generates funding is through a remarkable Advanced Writing Workshop Ellen will be running in June.

There will even be a workshop there for young writers--kids--and it is absolutely free.

How freaking awesome is that?

You can find out about the Ventana Sierra Workshops here.

In the past year or so, a number of people have asked me to recommend  a conference where they might learn some skills and tips.

This is the one.

I run into Ellen fairly often, and she is always so nice to me. Go figure.

One time (and I honestly can't remember which event this was at), as we sat in some place where there was coffee or something just before a panel discussion or something like that, we talked about how Ellen had become a noun--that she was now referred to as THE Ellen Hopkins, and how much bother came with the THE.

I thought about this because yesterday, Terry Brooks posted a review of my novel Passenger on his website.

Lots of people contacted me, asking do you mean THE Terry Brooks?

Anyway, it was really a kick getting a five-star review for Passenger from an author like Terry Brooks.

You can read what Terry said about Passenger here.

And check out Ventana Sierra. 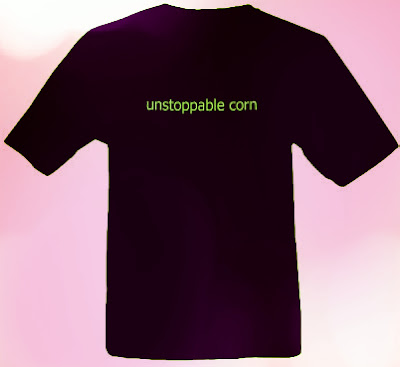 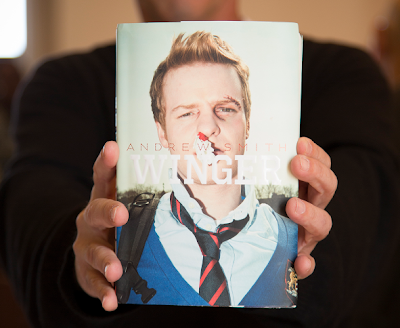 As you can probably see by that sidebar ad to the right, the contest for my one and only, final signed ARC of Winger ended last Thursday and the book is currently a ward of the US Postal Service, on its way to a reader in Ohio.

I feel good about this one, and not just the book. I'm happy that out of the 698 people who entered to win the ARC on Goodreads, a fan of my writing who is also a Facebook friend (and always says nice things) ended up winning. So I'm really happy that this last, well-traveled and worn Advance Review Copy is going to someone who really wants to read it.

Also, I am very happy to say that in today's issue of Publishers Weekly, Winger received its first major-publication review--and it got a STARRED review.

Just about two months out now. It's getting closer.

And here's what Publishers Weekly had to say about Winger:


This brutally honest coming-of-age novel from Smith (Passenger) unfolds through the eyes of Ryan Dean West, a 14-year-old, rugby-playing junior at the exclusive Pine Mountain school. He’s two years younger than his classmates, hopelessly in love with his best friend Annie, and stuck in Opportunity Hall, the residence reserved for the worst rule-breakers. As Ryan Dean struggles with football-team bullies, late-night escapades, academic pressures, and girl troubles, he also discovers his own strengths. Like puberty itself, this tale is alternately hilarious and painful, awkward and enlightening; Bosma’s occasional comics add another layer of whimsy and emotion, representing Ryan Dean’s own artistic bent. The characters and situations are profane and crass, reveling in talk of bodily functions and sexual innuendo, and the story is a cross between the films Lucas and Porky’s, with all the charm and gross-out moments that dichotomy suggests. That’s what makes the tragedy near the very end all the more shocking and sudden, changing the entire mood and impact of Ryan Dean’s journey. The last-minute twist may leave readers confused, angry, and heartbroken, but this remains an excellent, challenging read.