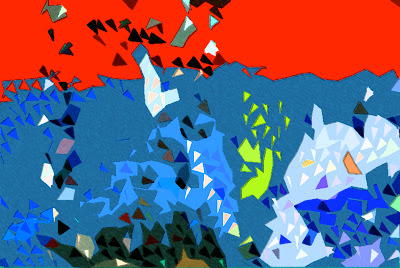 This week I am going to write a couple blogs about blogs.

Which is very meta.

And meta is hipster.

And part 2 of Death and the Hipster will be posted tomorrow.

Well... this could be a very long story, and, knowing me it probably will be.

So I was interviewed on a really cool blog by a really great blogger named Amy Stewart in Canada (The link to her blog is at the bottom... just so you keep reading).

Anyway, the way I got to meet Amy was kind of less than auspicious. It had to do with this big, hateful conflagration that took place on another blog where people who had not even read The Marbury Lens began this nonsensical thread of complaints about hidden homophobia in the book. Some of the posts were pretty mean, not just about the book, but about me, too (ignorantly enough because the commenters had so obviously NOT read the book, but were merely reacting to insinuations by other commenters who had also not read the book).

Before I tell about how Amy comes in, let me just say this: homophobia does exist in the real world. If there is a homophobic character in my book... well... so fucking what? Really... think about it.

There are homophobic characters in Stick, which is coming out this year. But, guess what? There are also very heroic gay characters in the book, too. I can imagine that at a different time in America, there would be lots of complaints about openly gay kids appearing as characters in books, too.

One day, I suppose, all characters in works of FICTION will be boiled eggs, or something equally bland.

Some people have said that Conner is homophobic, but he really isn't.

Attention: Conner Kirk (from The Marbury Lens) is not, I repeat, not, homophobic.

A few weeks back, a gay man wrote a comment on my blog in which he said he didn't think Conner was homophobic, he thought the character was actually closeted and struggling with his attraction to Jack (which, believe it or not, was entirely my idea in creating the character of Conner Kirk).

So, anyway, over at this other blog where people were constructing an online bonfire and waiting for someone to present me for burning, Amy Stewart came on and posted that she was going to read the book for herself and make up her own mind about it.

You're making that up.

Anyway, Amy and I exchanged a few emails, she read the book, and (I think it's fair to say) she made up her own mind about it -- and loved it.

I bring this whole story up, too, because someone commented on Amy's blog that she'd heard "bad things" about The Marbury Lens (and she said it made her want to read it even more... which is good).

But as far as the "bad things" go... (and this is why, like Liz, I am still kind of pissed off about the disembodied agent out there who said something about "lines" of appropriateness and The Marbury Lens), I can only wonder if the "bad things" are about IDEAS and CONTENT -- some of which, like rape, self-abuse, addiction, suicide, sexual confusion, or homophobia if you can see it there, are going to make some people uncomfortable -- and NOT about technical aspects of writing, the originality of ideas, or about the author himself.

Amy Stewart, you are cool. You think for yourself, and this is why I sent an extra autographed copy just for you all the wayyyyyyyyyy up to beautiful Canada.

You can read Amy's interview (and enter to win her contest for a signed copy of The Marbury Lens) here.