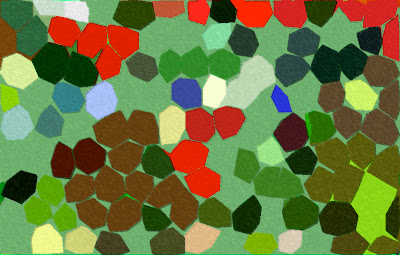 Yes... the title of another book I read during my messed-up teen years.

I needed to find concrete answers about what was happening to me.

As I mentioned yesterday concerning reader comments and questions about The Marbury Lens, I get a lot of people telling me they believe that Marbury is just as real as any other place, and then, maybe about half the readers think that Marbury is a delusional symptom of Jack's PTSD... and will he ever get better?

It's just anecdotal, but it is heavily distributed along gender lines. My theory is that guys are more likely have the "suck it up and deal with it" attitude, while more nurturing girls recognize that Jack is damaged and hope he can eventually mend.

What's the correct interpretation? It doesn't really matter. In either explanation, the most important and jarring questions still originate from the horrible things Jack has experienced.

Will he ever get better?

Either way, real or not, Jack isn't going to heal.

I think a big part of the explanation behind the nastiness and outrage some people have expressed to me about The Marbury Lens comes from the understandable discomfort many of us have when confronted with sexual abuse against boys -- much more so than dealing with the topic of abuse against girls. Boys are far less-likely to seek any kind of help, because boys are socialized into "sucking it up" and "being a man."

This is the kind of pressure that percolates up in the form of Jack's guilt, self-contempt, and even suicidal thoughts. He's supposed to deal with it himself, or, at least, that's what he believes.

A few weeks back, I talked to a boy who'd been victimized as a child. He started off wanting to talk about The Marbury Lens, but then mentioned to me how real all the post-abduction things Jack goes through seemed to him. Then he told me his story, and why he felt such a connection to the book and to Jack's character. Well, we talked for a good long time about those issues.

I told him about a screenwriter who'd read the book and was, I suppose, interested in writing an adaptation. The screenwriter [have I ever said how I feel about screenwriters? I don't think so.] said that he stopped "liking" Jack because Jack didn't go to the police.

This is entirely what's wrong with these people.

Not only is he a dick, but he's a dick who doesn't understand the first goddamned thing about kids -- boys in particular.

It still makes me mad, just thinking about it.

Anyway, so when I told this boy my little "Why the Screenwriter Stopped Liking Jack" story, I could see how angry my friend got, too. Really.

So the truth is, that real or not, the most important thing going on in The Marbury Lens is the journey through all the dark places kids like Jack have to endure.

Looking for something that they can fix, and trying to hold it together for the other "real" people who care about them.

So that's my take on the real vs. hallucination perspective: It doesn't matter.

But I do want to give you a blueprint to the physical architecture of Jack's universe.

Assuming it is, in fact, all real.