death and the hipster (part 1) 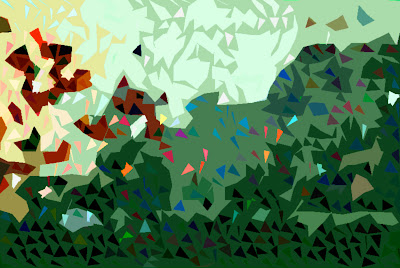 One day, a hipster was walking on a road.

Well, he wasn't really walking on the road, since "other people" walked on the same road.

He was kind of walking beside it, trying to pretend that he wasn't paying attention to it. And he also wasn't really "walking," either.

He was doing something else.

But there was a road involved, a direction, and forward progress.

Not that he was following anyone. Or a road.

In any event, just as he came to the end of that which he was not following, his path (which was unknown to anyone else) became blocked by a slender wiener dog, clutching a blood-blackened scythe in his teeth.

Hipster: Who are you?

Death: I am Death. I have come for you.

Hipster: You look like a wiener dog holding a rake.

Death: Shit. It's 2011. You're not allowed to call wiener dogs "Wiener Dogs" any more. People will label you a cylindrical-meat-o-phobe. And it's a scythe.

Hipster: Oh. Well, what am I supposed to call you then?

Death: Death. I am Death.