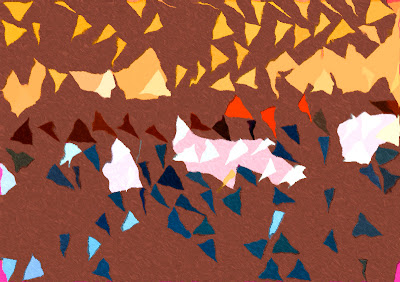 Not knowing is the same as not happening.

There are lots of things Jack never knows about, so he doesn't have to feel the weight of their consequence -- to actually know what happened.

And the same is true for his friends and, especially, for Wynn and Stella, Jack's grandparents who love him. They never know what's been happening to Jack, so, to them, it's almost like every traumatic and horrible thing Jack goes through never really happens -- at least, not in their universe.

I guess I felt like that a lot when I was a kid; that if nobody knew the things that happened in my life (or universe), it was just as good as those things never actually happening at all.

I suppose in Jack's case (hmmm....) his Second Law is a kind of defense mechanism that simultaneously insulates him against feeling accountable for the terrible things that happen, and allows him to perpetuate the convincing internal argument that maybe none of this is real, anyway. This way, he doesn't have to be too introspective about things like blame, innocence, and his true feelings; and he makes it easier to play off his aloofness and justify the what-the-hell-are-you-talking-about? attitude he projects when people who care about him start to get too close.

[I just realized how frequently the concept of rules/law/order comes up in my books.]

So there you have it, Jack's psychological/physics laws of Marbury. You can run back through earlier blogs and see how they congeal to define his reality. So all these laws construct and bind together Jack and Conner's universe -- and give structure and boundary to the universe of The Marbury Lens.

In the next few days, I want to get back into the meta thing and write a little bit about writing, about being a guy, and guys writing for guys who read YA. I will try my hardest not to piss anyone off.

But you know how much I suck at that.

In the mean time, you may be interested in seeing this video response I made to a video-blogger's (ooohhh... how meta) post about The Marbury Lens and the idea of warning labels on YA literature: