the planet of humans and dogs 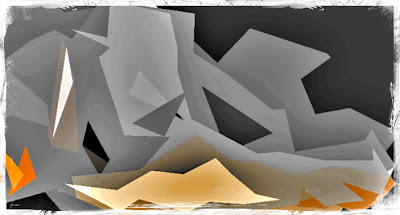 In fact, the other day my editor Liz Szabla (chimes!) sent me an email asking if I'd gone completely off the grid. Well, the grid is an awfully sticky thing to get away from, so I am trying to be back.

In fact, I have made some appearances in other places.

A few days ago, Publishers Weekly ran a very nice story about me, which you can read here.

And just today, I am honored to be interviewed on the blog of author Nova Ren Suma. We talked about things that scare me. And I am giving away an autographed copy of The Marbury Lens to one of her readers. In fact, I will add that if whomever wins the drawing already owns a copy of The Marbury Lens, I will send them an autographed copy of Passenger instead.

You can read Nova Ren Suma's interview with me here. 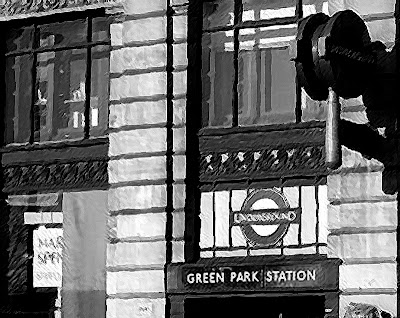 So, Passenger is one week old today.

I wonder if Meghan Cox Gurdon has read it yet, or maybe just scanned a few pages to find her favorite words.

Meghan, if you're reading this, I'll be happy to send you an autographed copy. I am not kidding.

Yesterday, I took part in a revolution at Foothill Technology High School in Ventura, California. It was an amazing day.

The kids there devoted an entire day to books and reading. It started off with a "Pep Rally" for books. I sat in the auditorium with, I think, about 350 kids as they celebrated books. I felt guilty because I "tweeted" to A.S. King during the rally.

Here is why I felt guilty: All those teenagers packed into that auditorium -- and not one of them had a cell phone out or earbuds inserted into their heads. Later I asked them if there was some schoolwide enforcement of a ban on these things that seem permanently grafted onto the bodies of most California teens.

They told me no.

I thought I must have gone to Marbury or something. This school is definitely not-California.

During the rally, the kids watched a video, much of which was filmed at ALA and featured some of the kids' favorite authors (who are all well-represented in their Underground Library). The video also showed older students talking to younger ones about why reading is important, and what kinds of books they liked from the Underground Library.

The kids were divided into groups and rotated through book-type activities for the entire day. One stop was the Aboveground Library, where A.S. King, who came in via Skype, and I, who came in via a four-wheel-drive Toyota, talked to kids about reading, writing, and whatever else they asked about. We also read from some of our books. It was a blast, and I really think Mrs. King and I should take that show on the road.

The school had a carnival outside (it is Ventura, after all, and was 72 degrees yesterday) for books, and one of the really cool things the kids got to do was "speed date" with books. They were given a sheet that listed books from the Underground Library (mine, A.S. King's, Libba Bray, Jay Asher, Daniel Kraus, Sara Zarr, James Dashner, and a whole lot more -- I should have swiped the list so I could remember better) and they spent a few minutes looking through them and scoring them so they could potentially "hook up" later on.

They rotated in to watch student-produced book trailers, too.

At the end of the day, the kids all lined up at the Underground Library and got to select a book of their choice to check out and read. Here is the sad part: there were not enough books for everyone. I've donated a few books to the Underground Library, and my editor (chimes!) at Feiwel and Friends has sent them quite a few, but they need more.

So I'm going to kick down a couple copies of Passenger, and I'll see if I can get them maybe an ARC of Winger, too.

And this is a call out to my author friends, editors, publicists, and anyone else. The Angel Potatoes need more books. 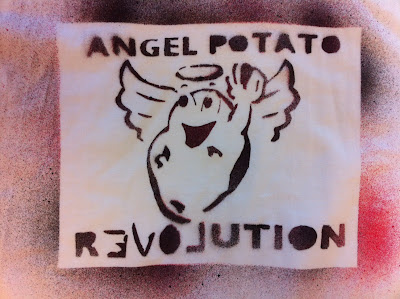 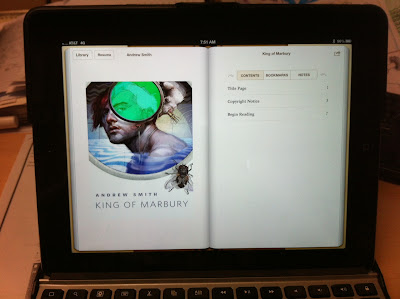 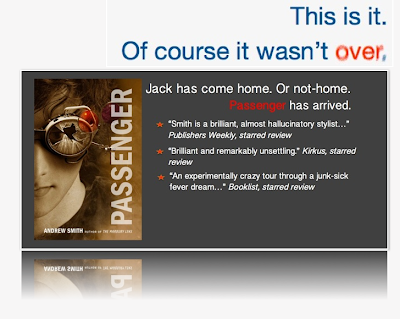 With just hours to go before Jack's arrival as Passenger, Publishers Weekly has placed a third star (following those by Booklist and Kirkus) on the book.

Yesterday, I did a reading from Passenger at the Orange County Children's Book Festival. I read a bit from the prologue, where the boys shatter the lens and divide up their pathetic kingdom of Marbury; and then (taking copy editor Anne's advice) a bit from "The Under," where Quinn comes clean and admits to being the murderer Jack suspects him to be; and finally from the scene where Jack confronts the preacher in the middle of the nothingness of the Marbury desert.

Here is what Publishers Weekly had to say about Passenger:

★ Passenger Andrew Smith. Feiwel and Friends, $17.99 (480p) ISBN 978-1-250-00487-1 Although 16-year-old Jack and his friends survived their visit to the hellish alternate world of Marbury in Smith’s superb The Marbury Lens, the boys were both badly scarred by the experience and strangely addicted to it. Trying to destroy the lens, they instead discover that there are an infinite number of such universes, each more horrific than the last. In order to expiate the crippling guilt Jack feels over bringing his friends to Marbury, he must find a way to keep them alive and bring everyone home. Smith is a brilliant, almost hallucinatory stylist, who frequently uses his talent to gruesome effect: “The bandages and tape... soaked through with blood and pus that separated like light in a prism as the fluids migrated through the gauze and formed layers of color—the broken-down spectrum of the stuff inside of Jack.” And after all the torment Jack suffers, Smith pulls out an ending that, while perhaps not “happy” (this is Marbury, after all), feels both right and true. Readers who were riveted by The Marbury Lens will flock to this story. Ages 14–up.

...And, by the way, if you are a die-hard Marbury head, you just may be able to get a copy today if you can make it to one of the two Mysterious Galaxy Books locations.

You can see the actual Publishers Weekly review of Passenger here.