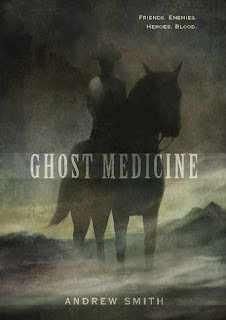 So, I got the galleys and the cover art can be shown on the web.

And I finally let my wife and son read it. Well... I can't really say "let," because I never stopped her from reading it. She's just so superstitious and she wanted to wait until I had finished all the editing and it was in its final form. I tried to get her to read it a number of times, but I guess I'm glad she waited because it's as close to perfect now (except for a bizarre typo on page 72) as it ever will be.

She finished reading it before my son did, but then again, he has a very demanding school and rugby schedule.

I don't think it matters what they said about it. There can be no more biased and fluff-filled review than one given by an artists' loved ones. But I will say that they each had at least one comment I never would have expected.

My wife told me she was jealous of Luz, the girl Troy (the main character) falls in love with.

And my son laughed out loud when he read a part in the book that I didn't think was funny. In fact, I thought it was a scary part, but to a thirteen-year-old boy, there were elements of what was happening that I now realize can be funny in a cathartic kind of boy-zen-release-I'm-glad-that-happened way. And he sat next to me when he read that part, and he turned the pages very quickly, which made me happy. 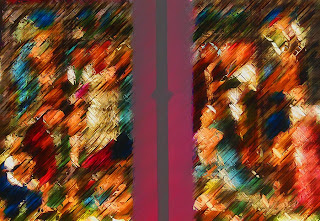 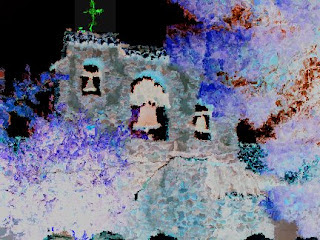 Now that the advance review copies of Ghost Medicine are out, I realize that people are actually going to read it. Maybe some already have. It’s kind of exciting to think about someone I’ve never met reading a story that I made up, but it’s also intimidating -- something I’m not absolutely sure I ever wanted when I started this.

I know that seems like a contradiction for a writer to confess to it, but I never believed an audience was something needed or wanted. And at the same time I was confident in my ability and in the quality of what I was writing, as egotistical as that may sound coming from someone with literary stage fright. Oh, I have no problem getting up in front of people. In fact, I'm quite comfortable with it, but there's something about having people read my fiction that makes me feel naked.

I’ve been paid on and off for writing ever since I was a teenager; as a stringer for a local newspaper, a copy and news writer for a radio station, and I’ve had things appear over the wire services and in national magazines.

But I wrote less frequently after my son was born, maybe because I was so consumed by the experience of being a new father. I did read aloud to him, every day, though. There probably aren’t too many infants who’ve sat through entire readings of novels by writers like Twain, Faulkner, Crane, and Hawthorne. I think that was what gave him his love of reading. He is an insatiable reader, and has been ever since he could turn a page and only guess at the sounds the letters there made.

My wife and I were lucky that we’ve never really had to leave our kids in anyone else’s care. Our jobs and schooling always seemed to have opposite schedules, perfectly coordinated to leave one of us at home for the kids. I mostly got nights when Trevin was a baby. To put him to sleep, I’d tell him a story, every night. And our stories always began the same way:

"Named Trevin." He always finished the line that way, ever since he was just a year old.

It's late. This is too long for a blog entry, something tells me.

I'll post the second half on Friday.
Posted by Andrew Smith at 6:43 PM