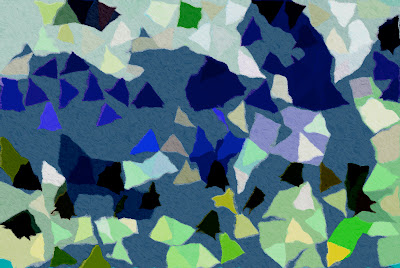 The other day, I had lunch with a friend of mine [No... I am NOT making that up] and we talked a good bit about writing, which was really nice for me because sometimes, especially when I'm sitting in places like restaurants where they have fancy contrivances such as electricity, it helps me get in touch with how regular writers must live.

There's no doubt that writing is a solitary endeavor. I mean, unless you're one of those fiction-mill type people who hire assembly line storytellers... but I'm not even going to talk about that.

Writing is something that kind of makes you a loner. Most writers I know have ways of overcoming that solitude, and I do genuinely envy them for that. But among all the solitary writers out there, I am even more of a desert island than most.

Where I live, I am 20 miles from the nearest grocery store or traffic light. There are no roads with more than two lanes, and plenty with fewer. So, I don't have crit partners or groups... there is nobody to "get together" with at the local Starbucks, because there is no "local," and there definitely is no Starbucks.

In fact, I kind of secretly despise all my writer friends (okay... I don't have many at all) who have "groups" and "partners" and places with Wi-Fi where they write and drink coffee.

Because I am all alone, and far away.

So I never know anything about what I'm doing.

Then I send it away, and that's when I want to kill myself.

So, more than anyone else I know who does this stupid thing called writing, I think I have the toughest time turning my work over to anyone else, which probably explains the crazy psychological plummets I take when I do finish something.

Not to worry. I have lots of other stuff to work on starting immediately.

But speaking of turning things over, there is always a bit of a shock when I hear my words being spoken by someone else. It took me a while to get used to that, and, thankfully I was able to be a part of the audio production process of all three of my novels so far.

(And I honestly DO NOT --douchebag for using all caps-- believe that an audio version can be made for Stick, coming up this fall. You'll see why.)

Anyway, it's been kind of weird handing off Stick to the people who are making the live trailer for it, too. But it is a really cool thing to watch, and I have to say I am proud to know these talented kids.

Yesterday, for the two or three of you who've read the novel (and don't worry, the ARCs are coming), they shot a scene where Stark is hiding inside the small room on Willie's houseboat. Yeah... you know the scene. Anyway, it looked totally cool, with moonlight reflected off the water and stuff.

So I took this very grainy picture with my iPhone, to give you an idea of what's going to come out in the trailer. It shows the actor who plays Stark McClellan ("Stick") as he's hiding behind a door while Willie and Brock are outside.

The actor's name is James Marino, who not only voices the narration, he also composed the score for the trailer. Yeah... pretty freaking talented kid, considering he lives in an actual "city" with "people" and stuff. 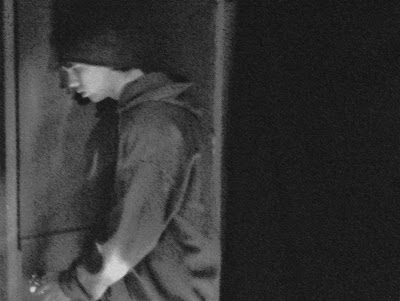