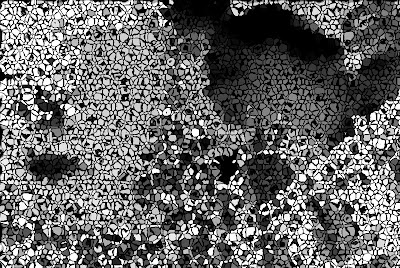 Yesterday, I ran a most excellent and flattering review of The Marbury Lens that appeared in this week's edition of School Library Journal.

I kind of read over the thing relatively quickly. I always do this with reviews -- it's kind of like my eyes are gill nets in the ocean of certain words. But I would like to revisit the final line of Robbie L. Flowers' commentary:

The novel is not an easy read, but it is one that will keep teens hooked and the author leaves plenty of unresolved threads for a possible sequel.

I've written before about endings to novels. And I think that anyone who's read my published works will agree that I have a tendency to avoid the spoon-feeding of readers. I like to make them figure certain things out for themselves. Actually, I have had some great "what do you think happens next" discussions with readers of In the Path of Falling Objects, but, especially with fans of The Marbury Lens.

One of these days... like, a very long time from now, I may write about the gender differences in interpreting meaning and conclusion in The Marbury Lens. It's kind of striking to me (and, by the way, purely anecdotal) that there is a definite trend evidenced by what guys think about Marbury (the place) and what happens at the ending, as opposed to what girls think.

[Side note: Is "girls" a sexist term? I figured the statement wouldn't sound right if I matched "guys" -- which nobody thinks is sexist -- with "females" or "women" or "ladies" and I thankfully ruled out "dames," "broads," and "chicks." Oh... and the gangsta phrase -- I am definitely not all about the gangsta term for the XX crowd.]

Okay. So, anyway, I keep coming back to this great quote from the novelist Samuel R Delaney.

Delaney said, Endings to be useful must be inconclusive.

That's one thing. But I'd like to go back to the idea of "plenty" of unresolved threads.

Plenty is one of those words that can mean any quantity equal to or greater than one. I won't spoil anything here, but in The Marbury Lens, I think there are really only two things that don't get entirely, spelled-out-in-no-uncertain-terms, wiggle-room-free shut. And that's where the different interpretations often fall along gender lines.

But readers can figure them out. It's brain exercise, which is what reading and storytelling are all about.

Now, as to the second part of the concluding comment, I am happy that there is a kind of positive anticipation for a sequel.

I have written before about my thoughts on series novels -- in particular what the obvious flaws are. And I believe very strongly that novels, including serial installments, must stand on their own (allowing for Mr. Delaney's "useful ending" inconclusivity).

Is that a word, Anne?

There's a difference between "inconclusive" and the old Batman-esque "stay tuned" drop off, though, and that's where many series exhibit their flaw.

Could I write a sequel to The Marbury Lens? Sure. But it would have to be completely detoured away from the roadmap of the initial installment.

And that would be fun.

And before I leave off today, I will add that The Marbury Lens made it into a couple other publications this week, as well.

Which I think is really cool. 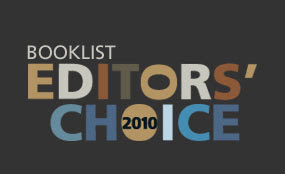 First, and this is huge, it made it into Booklist's Editors' Choice 2010 issue.

It also made it onto the list of Library Journal's Best YA Literature for Adults, 2010.