nothing like hot sloppy author and texas librarian love 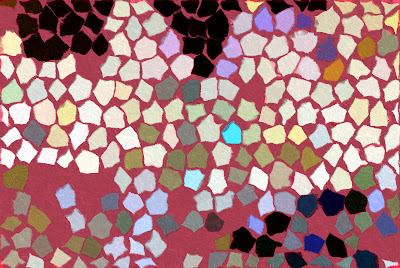 While the documentary guys squabble over scraps from my garage refrigerator, they're currently filming me blogging.

And one of the Dimitris did end up at Urgent Care last night, but there was little they could do for a missing tuft of hair. Still, he's a bit excessive in his concern, despite the fact that everyone assures him that his lopsided hairdo is unnoticeable beneath his constant, half-on-half-off hipster skullwear.

The other Dimitri is locked in my downstairs bathroom, which is a significant inconvenience for my kids. Good thing the documentary crew brought along a couple porta-potties [a new word I realize I hate]. If only some of those guys would use them for peeing, as opposed to smoking heroin off tin foil.

First off, my book, The Marbury Lens got a really nice mention on the blog of fellow author Brian Farrey, whose novel Chasers is soon to be released (it has a really cool cover). But, like a lot of people say, I think the book kind of messed him up. So, sorry, Brian. But thank you very much. (Brian has moved to the top of my authors-I-need-to-meet-in-person list. Okay, well, Snooki is there, too. And Joe Lunievicz. All four of us. Together. At one party. That would be cooler than a trip to Marbury.)

Also, my friend Amy (I seem to have lots of friends named Amy. One cousin, too. And a dysfunctional mother character in The Marbury Lens, which was NOT named after any of them. Honestly. If she were, I'd tell you.) sent me a link to a book blog with a most excellent review (echoes of Brian's disturbance) of The Marbury Lens. Thank you very much, Megan Miranda, who is also an author with a book coming out, too. It's called Fracture, and it's due out in 2012.

You're invited to the Andrew-Snooki-Brian-Joe party, too, Megan.

Finally, as if all that weren't enough. I received news yesterday that my last-year's novel, In the Path of Falling Objects was awarded the 2011 Border Regional Library Association -- Southwest Book Award.

Okay, so now the entire state of Texas is invited to the party, too.

Just remember, do not make fun of Dimitri's hair.

And bring some food.

I do have to say that Texas has always been so freaking cool to me and my books. And I really really really want to attend the awards ceremony in El Paso (which is a city I do have some stories about), but crap! it's on the same night when I'll be speaking at the Southern California Independent Booksellers Association dinner in Pasadena. And I have a surprise for those people... let me just say that now.

You can read Brian Farrey's review of The Marbury Lens here.

Here is a link to Megan Miranda's review of The Marbury Lens.