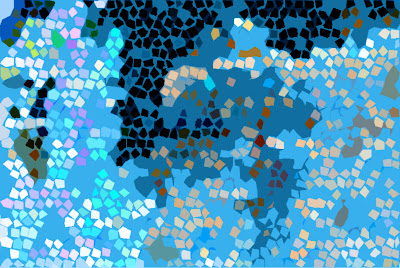 I do NOT think that is cool.

As a matter of fact, I hate it.

About these bad words.

Okay, so I mentioned that there was some love being spread around regarding my novel The Marbury Lens from people who were in attendance at the ALA Midwinter Conference in San Diego.

A few of the mentions, apparently, came from people who'd been sitting in on certain committee meetings when the book was being discussed by librarians.

[First off, let me just say how freaking cool it is to think that people who don't even know me -- experts in their field from all over the country -- actually spent some time talking about a book that I wrote. That's un-freaking-believable. I never get over stuff like that.]

Anyway, there were a couple different posts about what one tweeter referred to as "extremely fervent fans" of my book.

[That kind of makes me swoon.]

But the poster did remark about the book being controversial.

I wanted to know why... but things like this are exactly why I get depressed and can't sleep at night. I was told that one librarian did not like the BAD WORDS in my novel.

I hate that word.

You know what other word I just realized I hate?

Think about it. The word quiche is about as loathsome a combination of phonemic utterances as any human being could possibly contrive.

I want to present you with two selected passages from my novel, The Marbury Lens:

First, a single sentence from the first line of Part 3 (Blackpool):

In the foothills, we rode through a forest of crucifixions.

Okay. I really like the sound of the first passage. Don't ask me why. It just sounds cool to me. Ten words. Bam. What it says conjures some of the worst, most frightening imagery I could think of.

In fact, it's obscene, when you think about it.

The second passage is a bit where two teenage boys are talking to each other. Jack believes he's dying, in fact, and his best friend, Conner, who loves him and would do anything for him, wants to know what's wrong.

It's just how some guys (a lot of them in my life) talk to each other. It's not obscene at all.

It's no fucking big deal.

There are LOTS of f-bombs in The Marbury Lens. It's the way most of the teenage boys I know who come from California talk. There's really no other baggage attached to it at all.

But they say it a lot.

My concern -- like the big flag/small flag issue I mentioned yesterday -- is that if you don't think books should have the word FUCK in them, that is totally okay with me. We should just get rid of the word entirely.

There can't be a right number of "fucks" in a book.

You can't say that a book that says FUCK only one time -- like when a guy hits his thumb with a hammer -- is any more morally pure, or -- have to disagree with you on this concept, Mara -- less contextually gratuitous than a book that says FUCK more frequently than it says the word fajita.

For the record, fajita does not appear at all in any of my books.

I am so fucking proud of that.

And, again, I would never criticize anyone whose sensibilities steer them away from books that have... shall we say untactful colloquialisms included in the text.

But the minute you begin to insinuate that there is an appropriate amount, or too much, then you're asking for a fight from me. And you won't have a single leg to stand on.