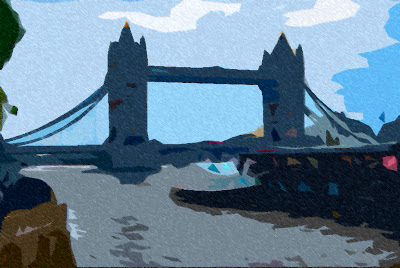 So, a few people, over the past year or so since I wrote The Marbury Lens, in pursuing the Team Real perspective, have asked me to explain the physics of Marbury -- how Jack's universe is designed.

I'm not going to go too far into theoretical physics (theories from which I did swipe some ideas in building the Marbury universe), but I'd like to begin by revisiting what Jack states is Jack's First Law of Marbury:

This "Law," coupled with one other thing that has always bothered me -- well, again, since I was a teenager and spent an inordinate amount of my energy wondering why some things that happened to me collapsed down into forgettable flashes and other things expanded out and grew into monsters of time that seemed to swallow my universe whole -- Time.

You will notice, dear reader [Ha! How douchebaggy of me to say that!], that time is not unified between Marbury and here -- that things that take days in Marbury may only take seconds here, and vice-versa.

That's because time is just measured motion, and that motion is linked to our universe and our perception of it. We measure the motion of the Earth's journey around the sun, the rotation of the planet upon its axis, the clicking of gears in the mechanisms of a watch... and all these distances traveled, this measured motion, becomes comparable to other events: how fast we can run 100 meters, how long it takes an egg to hatch, how many cigarettes we smoke, and so on.

But it's all relative to things moving while other things move.

It wouldn't be unreasonable, then, to presume that a different universe (and we're assuming that Marbury is "real," or at least can conform to "real" explanations) would also have different constraints on motion, dimension, and, therefore the relationships linking motion and dimension... and time itself.

[I did mention I thought a lot -- maybe too much -- about stuff like this when I was a teenager, right? And I'm not trying to do anything as douchebaggy as presenting a theory of physics or anything like that. I'm just making the structure that supports Marbury as Jack's host.]

So, yes, I will admit I have a distinct aversion to books about time travel. My disregard stems from the fact that Jack's (my) universe can not allow for time travel, but if you could "pop in" on a different channel -- skip over to an alternate layer (like Stella's nesting dolls, to which Jack pictured himself as a type of arrow piercing simultaneously through multiple shells) -- then the perception of time would necessarily have to switch and skip, too.

And you could never get back.

You might think you could, but things would necessarily have to be different.

Because things would move. Here, there, everywhere.

So, Jack's universe, the nesting-doll architecture of Marbury, builds this structure where there are all these simultaneous strings, flows, dimensions, all taking place at once (in their own rhythms of measured motion), and they're all connected by Jack -- the arrow -- and his perception, which makes them all unarguably "real."

So, that's how it works. The lens Jack uses to "tune in" to another channel acts as a kind of remote control, however unreliable it is for Jack's purposes. His compulsion to return over and over is equally part of his desire to "fix" things in his power (helping Ben and Griffin, for example) and escape things (his guilt, paranoia, anger, sexual confusion) that he cannot control.