to the kid from canada 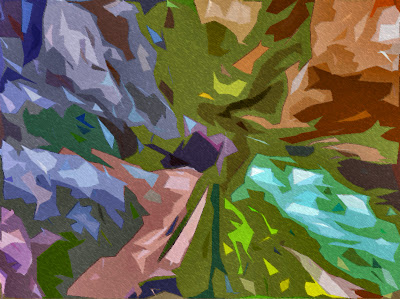 Yesterday, on Amy's blog, a reader asked a question about my son's impression after reading The Marbury Lens.

I think I explained that nobody ever reads my work until it's actually out in ARC (Advance Reader Copy) form, and, in this case, my son was the first real person to read The Marbury Lens.

My boy reads an awful lot, and he is very critical of the books he reads, too. I'm not going to list the ones that he read this year that he genuinely disliked. You can always just ask him and see what he says.

In any case, the kid is honest with me about everything, especially books.

Still, The Marbury Lens is a really personal and difficult story for me to have written, so it was tough for me to just hand it over to my boy and say, "Here. Read this."

To be honest, ever since I handed The Marbury Lens over as a manuscript there hasn't been a single day when I haven't spent a good bit of time regretting that I allowed the book to be read by anyone.

Now I know better than to do that with some of the other books on my hard drive that nobody has ever read, and I've never talked about. Which is kind of meta because here I am talking about things I've written that I have absolutely no intention of ever allowing anyone to read.

So my son read the book in one day. The next morning, we were alone, and I asked him what he thought about the book. I was kind of nervous, not just because of the questions I knew he was going to ask me, but also because of the content.

Anyway, he started off by saying, "Dad, I think that was the best book I've ever read."

And this kind of opened the floodgate for a long conversation about a whole lot of things.

Okay. About a week ago, I received a really nice email from a mother of multiple teen boys, and she thanked me for posting that video about boys and YA literature. She told me about her eldest son, who's about 15 years old, and how she's been having a difficult time finding books that he might find some kind of connection to.

So, after explaining very honestly to the mom about content issues in two of my books, In the Path of Falling Objects, and The Marbury Lens (because I think these are very good books for reluctant boy readers), I made an offer to the boy that if he'd give a try at reading one of them, he could have his pick, and I'd send him the book of his choice.

Mom and he decided on The Marbury Lens, so I sent off an autographed copy for the boy last Monday.

He lives in Canada, too, which is a long way and substantial postage/customs hassle from where I live.

Okay kid, now the whole world is watching to see if you'll give reading a shot.

I think you're going to do it, and I'm waiting to hear back from you.

I have a feeling you (like my son) will tear through the book.

As an author, I get an ample supply of copies of my books when they come out. And I never give them to friends or people in my family.

Mostly, the reason I don't give books away to friends and family is that my books are really personal to me, and I never really did want anyone reading them. Well... especially not people I know.

What I end up doing with all my books is giving them away to kids.

Actually, I've shipped out my author copies of books to kids all over the world. Well... at least kids who want to read them and send me emails and stuff about books and reading, so far in Europe, Australia, China, of course the US, and now, I've sent a few copies of my books up to Canada.

I'm nearly all out of them now, too.

The ARCs for Stick are due to come out next month -- on March 15. I want to talk a little bit about that book and the stuff that's in it coming up soon.

It's another one that is going to make me very uncomfortable when my son reads it, and not just because I'll have to wait for his opinion of the writing.

And I saw the cover for Stick yesterday. It's spectacular. I can't wait to be able to show it publicly. Should happen in a few days now, and I've decided to do a "cover reveal" with some of my book blogger friends (you know who you are) out there, so they'll all show the cover on their blogs the day before I do it here or on facebook.

But we have to wait till I get the okay.