Yesterday, the kids from Annex Footage finished the shooting of the live-action trailer for my upcoming novel, Stick, which I promise to talk about -- often -- in upcoming posts.

And -- ooh (Stephen King moment) -- I actually got to be in a part of the trailer, too. Not that I particularly wanted to. Just how things worked out.

It's kind of surprising how much time and work goes into the filming of something that is only going to be about 3 minutes long.

And there are a lot of young people involved in the project, too, besides the actors, and I will be giving them all props here when we get around to the final debut of the trailer (which we're hoping will be on February 27, pending final release of the novel's cover art).

I'm sure I mentioned it yesterday, too, but the cover design for Stick, crafted by Rich Deas (who also did the cover for The Marbury Lens) is really spectacular and dramatic. I can't wait to be able to show it off... but I'm not even going to reveal it here. I'm having some blogger friends reveal the cover on their sites.

I'll definitely run a list of blogger links (these are really good blogs, worth reading) and the date for the "reveal" as soon as all the plans are finalized.

In the mean time, here are some photos (taken by the Annex photographer, Kaija) that were shot during the various film shoots -- on and off set: 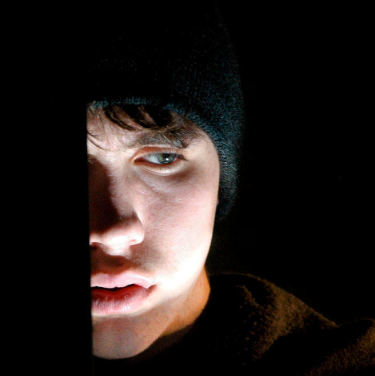 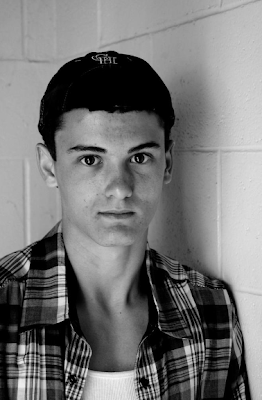 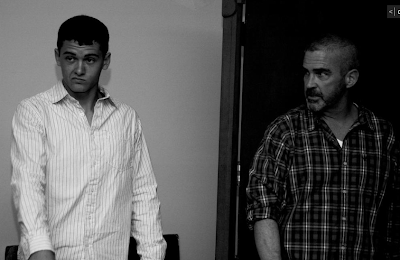 Bosten and the guy who wrote the script. I think he was hungry or something. 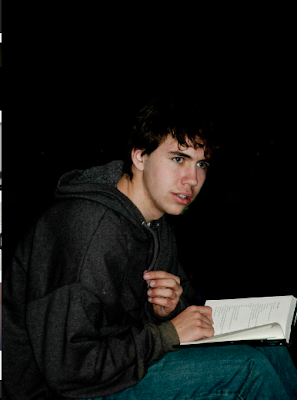 The kid has good taste in books (Um... it's The Marbury Lens). What can I say? Reading during lighting set-up. 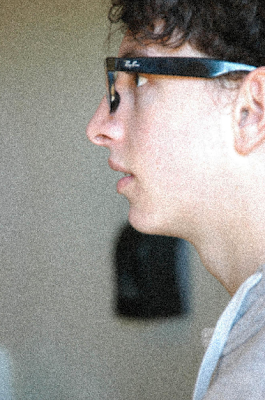 Ricky (Demetri Belardinelli) got punched at least a dozen times that day. 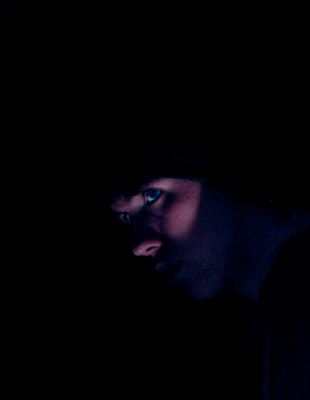 On the houseboat.
Posted by Andrew Smith at 3:50 AM