son of the servant of saint fillan 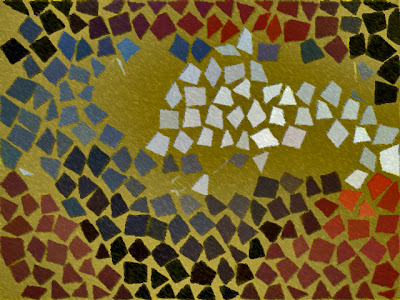 Of a couple things I'd been meaning to talk about.

Sorry for the late post. I wrote this really long thing about Stick, my next novel, and then I decided I couldn't post it.

A few weeks ago, I pasted in excerpts from stuff I'd written in the past year or so. Well, actually, I wrote Stick right at the very end of 2009, as a sort of see-if-I-could-do-NaNo thing. Which I did. And the product of that month of writing is going to be on the shelves this fall.

(and ARCs, which I am dying/dreading to see, will be out in a few weeks)

I think it was Matthew Rush who asked me about poetry. Like a lot of things (go figure...), I have strong opinions about poetry.

And Stick is written in a very weird way that some people are going to think is verse.

So don't go there.

Now, on the other hand, most of the chapters from In the Path of Falling Objects begin with verse, but nobody ever said anything about that to me. So, go figure.

Someone asked me about word count targets when I write. I don't really have them. Naturally, at the end of every day (and, believe me, I know when a writing day is ended) I do look at what I've done in relation to where the day began.

It took me about 5 weeks to write Stick. It's my shortest novel, too, at about 74,000 words. So, you can do the math as far as daily writing counts go.

And the book I am writing at the moment (which I will be finished with by April 22... among other reasons because I have a short-story deadline for an anthology I'm going to be in next year... and, besides that, I always know when I'll be finished with writing a novel), there are two sentences in particular, each of which I have rewritten more than 100 times now.

The first is 24 words, and the second is 34. They have nothing to do with one another and they occur at different points in the story arc. I'm definitely not going to post them, but I feel like they're perfect at this point and I can move on.

If pictures can contain 1000 words, then every novel has to have a few perfect sentences containing stories that vastly exceed the limits of a final punctuation mark.

But there needs to be some indeterminate number of them that you just want to read and taste over and over.

At least, that's what I believe.