the book club king for a day 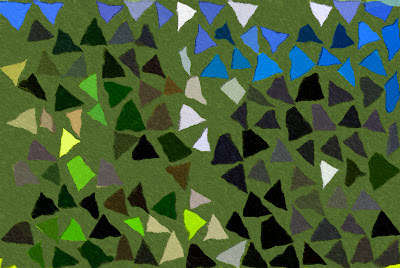 The comments to yesterday's post about books for boys were outstanding. I'm going to have to write an entire post just about the things people had to say.

I think there is an understated bias, though, in the way we present books, literacy, the arts, and writing as a profession that discourages boys from reading, tells them they are unwelcome and should cultivate other interests, and, whether you're a blogger, a novelist, a publisher, teacher, librarian, or bookseller -- like the title of the video post said, If you're not part of the solution...

Shrugging your shoulders and saying it's not my fault or I don't have a responsibility to affect change only weakens your ability to help kids succeed and grow, and demonstrates either a lack of compassion or an overt willingness to do harm.

So suck it up and grow.

I will point fingers in the future.

That said, my son's high school book club (which in the past 2 years has read Ghost Medicine and In the Path of Falling Objects) is now reading The Marbury Lens.

Yesterday, I found out from him and one of the other boys in the book club [oh... yeah... this book club has boys in it. Um... I think there are more boys than girls, in fact... And it's high school, for all the anecdotal pushers of the "boys don't read" lie...] that, in their discussion of The Marbury Lens, it came out that the honorary "favorite character" of the club was...

I just shrugged and said it's not my fault. I don't have a responsibility to affect change.

No. Honestly, I think that's kind of cool. Conner is a good and heroic guy, despite all his obvious flaws and, at times, the excessive pressure with which he assails his best friend.

There have definitely been Conner detractors out there in the blogosphere, but yesterday, it was nice to see him made book club king for a day.