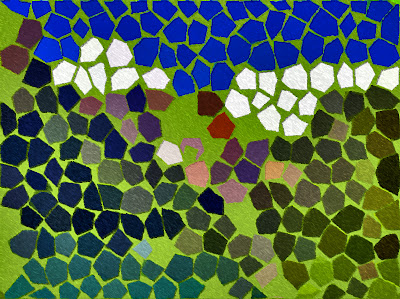 It's just another one of those stories I tell kids, to let them know how my generation used up the entire human civilization's store of fun and adventure and left them with nothing more than the sterile disconnect of social network apps.

The other day, a kid said something like, did you know the air we breathe is almost entirely nitrogen?

I said, yeah... that's because my generation used up all the oxygen.

One of the elementary schools I attended for a brief period in time (I looked it up online recently to see if it wasn't just a fabricated manifestation of childhood trauma. I found it on Facebook) was located outside a small town on the western edge of Puget Sound in Washington (where the novel Stick takes place).

In those days, too, it was completely acceptable for public school teachers and other school staff to spank kids for pretty much anything they deemed was a spankable offense.

I realize I could write a whole post on the notion of spanking -- my parents beat the living tar out of me when I was a kid, and, yes... um... I got spanked a few times at school, too. Of course, growing up like that (ooooh... made you flinch, kid), I had nothing to compare my lot in life to.

I considered it all to be entirely normal. The way of the world.

That, to me, is one of the most compelling things about writing what some people call YA (have I ever told you how much I fucking hate "YA"? Yes... I have. And it sure pissed off a lot of YA bloggers with ponies and magical leprechauns on their blog wallpaper, too) -- this whole idea that young people, who lack a broad base of experience, always tend to default toward the notion that whatever happens to them, no matter how fucked-up it is, is just a normal and acceptable part of life.

That's a really big part of the story of Stick.

I hate it when people say things like, oh... nobody ever mentions that in fiction, but... does anyone ever really talk about that idea in the vast septic seas of YA, or are they too wrapped up in their ponies and magical farting leprechauns?

I have never spanked my kids. They are teenagers, and they could run the world as far as I'm concerned.

But I got spanked. I got the shit beat out of me by just about every adult authority figure you could name. As far as I, or Stick, were concerned, that's just how kids got raised properly. There was nothing weird or necessarily bad about it.

Anyway, at my school in rural/coastal Washington... the principal, whose likeness and name are seared into my memory (and I will NOT name him), had a prosthetic hook for his hand. One of those chrome kind that could open and close. So it could hold things.

I know you're cringing.

And I am not making this shit up. It's how little writers get shaped.