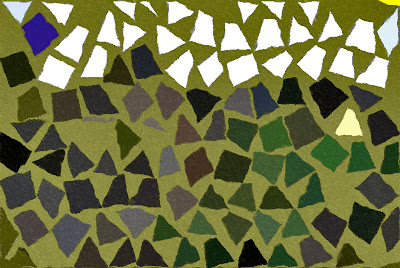 Okay, so the thing actually turned out very cool.

Well, except I had to be the last speaker of the evening, following the amazing Judy Blundell, Dr. Cuthbert Soup, and Brandon Mull. And those two guys were, like, professional stand-up comedians, so everyone in the room was, like, teary-eyed from laughter and felt all warm and glowy and stuff.

Okay, so, Cecil Castellucci, who was the emcee, gets up to introduce me, and she's all, like saying stuff like how "the media" describes me, like, Andrew Smith is depraved and dark. His books are truly disturbing. If you were trapped in an elevator with him for a prolonged time, you would probably lose your soul...

So it was kind of like me running around the room and spraying cat pee on everyone's desert.

[I just thought of "cat pee" because when I got back to my hotel room around midnight, I turned on the TV and there was this show on about hoarders. Why do hoarders always let cats pee on their stuff? If I had a lot of stuff like that, I wouldn't let cats pee on it.]

Anyway, here's a picture of me and Cecil before I cast a mournful pall on the room. 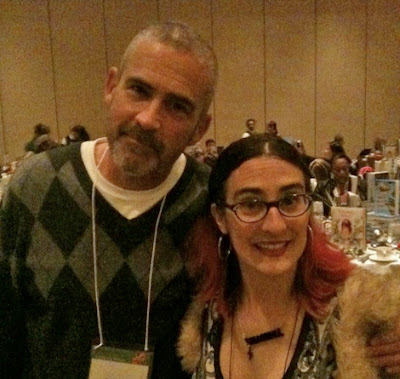 Cecil, getting in touch with her Indie-Rock self, even sang a song for us. 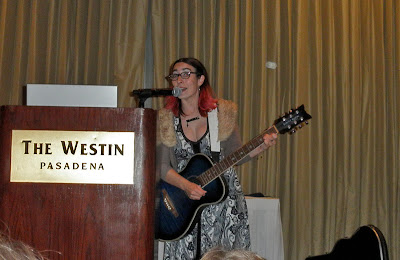 So, anyway, I did speak about my books and what my philosophy is about books for and about young people. And I used that as a kind of platform to talk about my latest book, The Marbury Lens and how it relates to the ideas in my forthcoming book, Stick.

So I talked a lot about Stick, and, in particular, about the young people who are making the live-action trailer for the book. But I didn't show the trailer at the event because I don't think I'm ready to do that yet, and there isn't a final approved cover for the book yet.

And what, I may ask you, is a trailer without a book cover in it?

But I did show pictures of all the kids, actors, and technical people who are making the trailer. Here's one of my favorites. 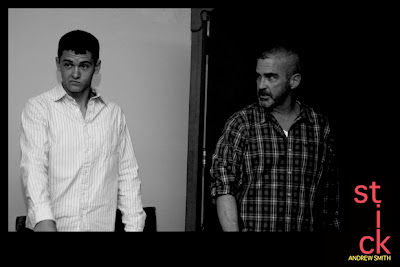 A couple friends from the Book 'em Danno book club showed up, looking terrific, as usual. 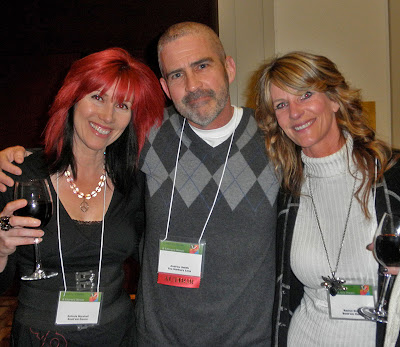 And, finally, my step-sister in agentdom, Shannon Messenger, was there. And I'll let you be the judge on this one. I told her, Shannon, why is it that every time we take a picture together, I look like a rapist? 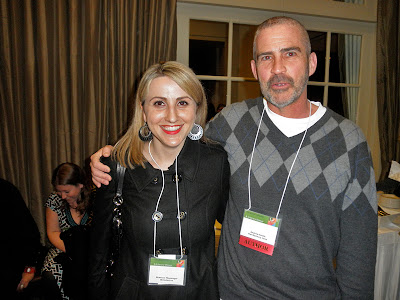 Off to Chino this morning for the Family Festival of Books at the Chino Fairgrounds. I'll be signing at noon. Hope to see you there.

Maybe we can take a picture together.