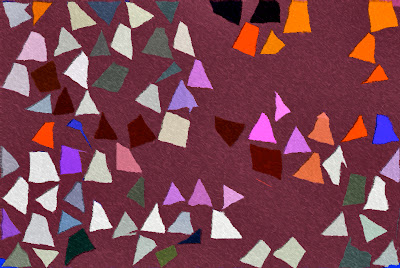 So, as I've been promising, I did this video about Young Adult Fiction about boys, written for boys and by boys... with a bunch of other kind of interrelated stuff thrown in (kind of like special effects for a crappy movie).

And here we are, February 7, the day the video was scheduled to be broadcast.

But it is not uploaded yet.

I'm sure of two things: One, that it will be uploaded sometime today, and, Two, that this (being that it's Monday and all -- and I am just that superstitious) is a telling indication of what the rest of the week is going to be like for me.

Oh. And I am now, officially, in big trouble for running my Young Writers' Group. God knows, nobody should ever do something like encourage kids to write.

And finally, a kind of cosmic, synchronous, coincidence happened. I don't exactly know how to say this -- I will try -- without making some people outraged, offended, and mad at me. That is not my intent.

You can usually tell when I'm trying to piss people off (like yesterday, for example).

And I really do, truly, like and respect the people involved in this thing I'm going to talk about here, too. But, here goes.

Over the last couple days, and continuing through tomorrow, I think, there is a kind of online forum (live) taking place. It's being hyped as a kind of "Ask a YA Author" type thing. And there are 19 authors taking place, to offer their wisdom and input to people who want to ask YA authors anything.

And there are 19 authors participating.

And every one of them is a woman.

Is there something wrong with that?

Do you want me to say it again?

There is nothing wrong with that.

But... there are young people of the male persuasion who happen to dream of one day being a writer (some of them want to write YA, too). There are also adult guys who are working at becoming YA authors.

And the bottom line is that what guys go through, how they have to balance their lives (whether it's dealing with an asshole football coach, their jobs, their spouses and families) is an entirely different set of experiences than what women usually encounter. Everything is different for guys who write -- especially the things they write about, their voice, and the way they connect with audience (which is what this author crap is all about).

I don't know. I just hate seeing stuff like this. I know it's not intentionally condescending and exclusionary. But sometimes the unintentional stuff makes a louder statement than the all-caps "NO BOYS ALLOWED" sign on the lawn of the country club.

Bottom line: YA means both genders.

Or, you should just call it YCL.


VIDEO UPDATE: The film has been fixed. Look for it on tomorrow's post. Cheers.