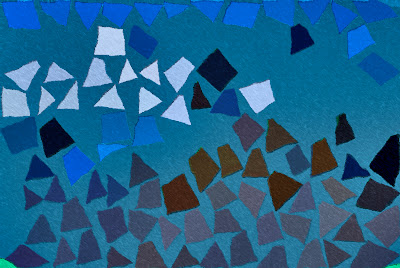 Okay. Well, the discussions the last couple of days have been really great. I do have the best people commenting on this blog lately.

But I'm only going to say one preparatory comment about the upcoming video on Monday. It has to do with book covers and studies that show why boys choose to read what they read. My filmmaker friend, David, asked me yesterday, oh, did you see blogger XX's post?

Because I thought you must have tipped her off about what you said about YA book covers. It seems like every one she showed was exactly what you described.

Me: I didn't tip her off at all. That's just how it is on any YA book blog.

It's Saturday. I have a lot of work to do. So I thought I'd just play the game called Magical Quote Roulette (which I just made up because I didn't know what I wanted to blog about today).

Here's how it goes: I wrote four THINGS in the past year. I'm not saying what they are, but they're long and have lots of things called "words" in them. I'm going to randomly select a passage from each one and paste them below, which makes you an advance reader before advance readers get to read them.

Here you go. Spin the wheel:

When I’m choking I do

You done run all the way from Oconee School, and ain’t got nothing but a gun


2.
She walked on my left side, never said anything about that habit. We headed north, away from the pier, the black, sawtoothed water of the Puget Sound pushing me toward her whenever I had to escape the occasional wash of the sea.

3.
And with just one glance, I thought I had him sized up pretty good. He stood there, sucking in his stomach with his hands on his hips. He was one of those edgy grownups who’d played football in high school and bragged to his friends about how he goes to the gym every morning, and he probably did part-time coaching for a youth program just so he could yell at kids and tell them what pieces of shit they were.

I kept my head down.

The walk seemed to take forever.

How far away did I park my goddamned truck?

But I knew he was going to say something to me.

Actually, silent is probably the only type of prayer a guy should attempt when his head’s in a toilet.

And, in my prayer, I made sure to include specific thanks for the fact that the school year hadn’t started yet; so the porcelain was impeccably white – as soothing to the eye as freshly fallen snow – and the water smelled like lemons and a heated swimming pool in summertime, all rolled into one.