dance round the room to accordion keys 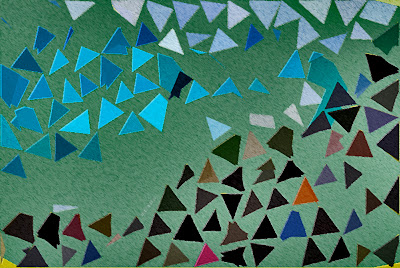 The other day, Martin, one of my writing students asked me:

Have you ever had an epiphany?

I was so relieved he said epiphany. I mean, think of all the possible nouns a question like that from a teenager could possibly end with.

So, in my manliest of voices (but I had to think about it for a while -- is it manly to admit to epiphanies, and, if so, what would be the acceptable frequency of epiphanization that wouldn't compromise my veneer of impermeability?), I said:

Um. Sure. I have them all the time.

Then I looked around to see if any mouths hung agape or eyes widened in horror.

I have so many things I want to say about comments I've received on my Boys and YA video (especially the things sent to me off the board, via email), but a comment to yesterday's post about blogging made me think about something sad.

Sadder than my horrible dream about the white hearse and who/what was inside it.

Back when I went to school, kids who wanted to become writers were encouraged to pursue that course. There was lots of support, and very rigorous expectations for kids who got into that word-filled track.

But, back in those days, I believe, kids who wanted to write became little monsters of mechanics.

I've spent some time popping in and out of various writers' boards and community websites, and I've noticed in the past ten years or so, there are an awful lot of people out there who have this intense desire to write, but admit they lack the fundamentals of grammar, spelling, and mechanics.

How could that happen?

It's kind of like wanting to be an Olympic swimmer, but you've never been in water before.

And we did it to all these poor people.

It happened at schools, where no child would be left behind, because we focused only on the minimal survival/performance levels of 4th- and 8th-graders. We did it by lumping every imaginable type of kid together in huge classrooms that taught them to sing the recited hymns of math-and-science-math-and-science and treating them all as one, homogenized, standardized child who wasn't being left behind.

And not getting left behind meant ignoring the child and pushing them along in huge, impersonal, standardized groups that could collectively achieve minimal marks on key tests given to 4th- and 8th-graders.

So we get this huge population of people who never were encouraged to cultivate their innately creative inclinations, and we've basically doomed them to permanent frustration and mediocrity.

I don't know what to tell you.

I do get emails from writers very frequently that voice that frustration -- I need to write, but I have a problem with grammar and spelling, and I never read great or inspirational books when I was a kid.

What can I tell you, other than you've been left behind?

The frustration is exacerbated, too, by the money-seeking organizers of "Writers' Conferences" and such, who'll take ANYONE's non-bouncing and misspelled check and tell them everything they need to know to break into the business.

Providing they haven't already been left behind.

If you really want to do it, I can give you some advice. But it's not going to be easy.

So, yeah... I sometimes have epiphanies.

I have nightmares more frequently, though.