in which i decry drug use 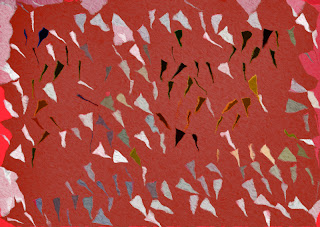 So yesterday we filmed the majority of my upcoming video post about Boys and YA.

Save me, oh gods of film editing.

Actually, it went pretty well because the cameraman listened to me whenever I said cut.

Anyway, the film will be uploaded and linked here on Monday, February 7.

As I mentioned a week or so ago, this came about after I posted a response to a YA book blogger's video plea for "Warning Labels" on Young Adult literature. I didn't actually nail down a definitive answer as to how I feel about that (which is oh-so douchebaggy of me), because as an author as well as a parent of two teens of diverse genders, I can empathize with the easy-way-out attraction of warning labels, even if my kids choose to read whatever they want for themselves.

And I'm totally okay with that.

So, I thought the whole video-exchange thing was cool, and suggested we do something similar on the topic of boy-oriented YA that is written by guys (which most so-called YA bloggers either do not read, or they don't know exists).

And that's the gist of the origin of the upcoming video, in which I discuss certain things I would prefer to erase from the universe (and if you've been a reader of this blog for any time, you can probably guess them). And I call out President Obama, too, for just flat out getting it wrong on something I feel very strongly about (even though I love President Obama -- as is clearly demonstrated by my offer to him in the video Hint: it involves going out and getting tattooed together -- squee!!!).

I thoroughly hate myself.

About a year ago, I wrote a series of posts I called the why chromosome, about why we seem to have collectively bought into this absolute lie that boys do not like to read, they suck at reading, that reading is a feminine pursuit, and that boys can't write, either. So I introduce some stats from a couple of the academic studies about boys and literacy that I cited in those posts.

Sometimes I am convinced there is an anti-male brainwashing agenda taking place while we sit and do nothing. Every day, they shove down our throats their mantra, a myth about the XY crew which they base on the following intertwined diagnoses:

2. When we get older, we require prescription medications to make our penises function properly.

Who the fuck believes this shit?

I don't know what universe the insane assholes behind all that crap came from.

Hmmm... maybe I really am an alien, but, holy shit... pass me my book and keep your damned drugs away from my penis.

In any event, I wrap up the video by naming a selection of very-recent works of Young Adult fiction written by guys, aimed at issues that are essentially boy-oriented, and targeted to all kinds of different boy readers.