the quiet of the morning 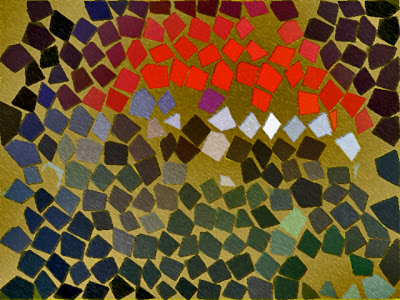 Last night, my teenage son and I went to a concert together.

This is something my dad and I would never have done. Even if he had lived long enough to do such things, my dad just wasn't that type of dad.

Anyway, my kid and I go to lots of concerts together. While we were standing in line, we talked about past shows we'd seen and ones we'd like to go to this year (Cloud Nothings is touring with Toro Y Moi, for example... And my son also totally agrees with me that the label signing of Dylan Baldi took him out of the purity of his home recording environment and has produced an upcoming album that has a sterile and disappointing flavor... so sad).

In any event, we were fortunate enough last night to see a nice, no-messing-around performance by the Decemberists, one of my favorite bands.

A couple noteworthy things, because this is far less a review of the performance by Colin Meloy and company than an observation of the event itself:

My son and I both agreed that there must be some connection between eye damage and being a Decemberists fan. Either that, or a large percentage the thousands and thousands of pairs of hipster-style narrow horn-rimmed glasses worn by the audience had to have been faux-horns.

I have never seen so many scruffy-bearded, skinny-jeans-wearing guys with vision problems in my life.

If there is such a thing as a hipster Mecca, a Decemberists concert is like a Ramadan Hajj.

This is Los Angeles, after all.

And, speaking of which, Meloy was not shy at all about giving the crowd what they were there for, right up front -- the show opened with "Los Angeles, I'm Yours," in which a dutiful roadie carried Meloy's harmonica out on a cloth-decked altar, just in time for the interlude.

And Meloy, in all his brilliance, eloquence, and humor, ceaselessly assailed the crowd, Los Angeles, and California, with an expected and irreverent dose of we-don't-need-no-stinking-deodorant Portland, Oregon snobbery.

Don't get me wrong. I love the Decemberists, but bashing Los Angeles and California (as the opening song does so scathingly well) always makes me feel... well... a little dirty.

Because I do love Los Angeles.

And I just kept feeling that the crowd, in all their hipped-out glory, just didn't get it.

Okay. Now, more about the show.

Let me apologize to all my faux-horn wearing friends up front. They played too many songs from their latest "The King is Dead."

Sorry. That's just how it is. I don't even think Meloy likes "Down by the Water" any more. We got tired of it, like, the first week it came out. So the band just went through the motions on that one.

But a few of the other cuts from the album, notably "Don't Carry it All" and "June Hymn" (the final, final encore) were just gorgeous.

Still, it's hard... no, impossible, to outdo the impact of the real Decemberists we came to see. And maybe that was the problem for me... with the Decemberists, you come to expect a cohesive story line, something that pulls you along with them and the richness of their vision. The cuts from "The King is Dead" almost felt like commercial breaks in the middle of a Sam Shepard play.

Won't Want For Love (Margaret In the Taiga) -- absolutely fucking gorgeous and brilliant.

The Rake's Song -- Meloy on guitar, Nate Query on fuzz-bass, and all 4 other members playing drums... unbelievably wicked. Infanticide never sounded so holy.

Red Right Ankle -- there is something just so... nice... when Meloy comes out, alone, with just his voice and acoustic guitar.

The Crane Wife 3 -- I just love this song, the story, and the sound of Meloy's voice and the band. So tight, so beautiful.

...and, of course, the massive, joyous, crowd-participation, never to be outdone, absolute celebrations of musical genius:

The Mariner's Revenge Song (the best, funniest performance of this song in HISTORY took place last night at the Wiltern).

A most wonderful event. Meloy was charmingly wicked. A one-man ass-kicking on Los Angeles. I feel thoroughly trounced.