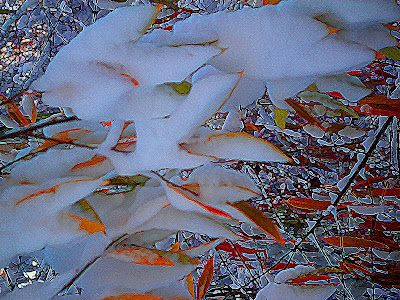 Last month, I had the pleasure of meeting and speaking with Susan Patron, the Newbery-winning author of The Higher Power of Lucky, at a dinner in Pasadena.

I’ve kind of been mulling over some of the comments Susan made in her inspiring speech that night, and now that the first galleys of in the path of falling objects are out, I’d like to talk a little bit about what she said.

Sorry if I get any of this wrong, Susan.

One of the things she spoke about was self-censorship… not just for the librarian who may be afraid to stock books that contain certain taboo subjects, or one who may hide Young Adult fiction in the adult shelves (don’t get me started on the whole YA thing), but also, to a broader extent, self-censorship and the writer.

Susan talked about why she writes… well, more specifically, who she writes for: Not her editor or the marketplace… she writes for herself. So I realized through her speech that writers who write for themselves frequently are also plagued by intense feelings of self-doubt.

Did I get the gist right, Susan?

At least, it made me feel real good to hear an author of her accomplishments say something like that. I was, like, wow… even she knows how I feel.

I thought about this because on a recent comment thread, I said that when I wrote in the path of falling objects, I didn’t think anyone would like it. I wrote it anyway. I had to. Couldn’t stop myself.

So, when initial reactions began coming in from people in the publishing industry, I was totally blown away. I was, like… really? and… why? And now that the first trickles of readers have gotten through the galleys and I’m hearing reactions from them… well, all I can say is I am totally blown away.

But I do mean that in a good way.

Sorry for the near-self-deprecation, and I'll shut up as soon as I say that I... well, forget it.

My favorite character from in the path of falling objects? Well, it's not Don (he doesn't say enough), and it's not the one most people would probably think... it's the kid who struggles with being good.
Posted by Andrew Smith at 3:29 AM