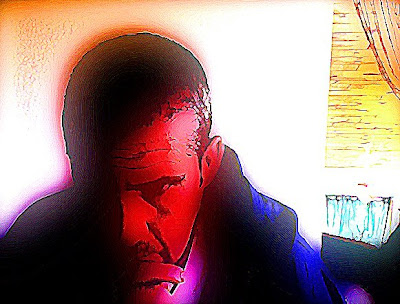 Now that that's out of my system.

I think I live a cursed life sometimes, and other times I feel so incredibly average. I don't know what it was about the network connection yesterday, but it seemed to miraculously heal itself. I don't know why... it just did.

Well... it did unless the date on this post is March 25, in which case I am publishing it from my iPhone again and will undoubtedly follow it up with another rant from the good professor.

I will admit that I've been a miser with the Advance Copies of in the path of falling objects... very selective in which people I've been allowing to read it. As reactions have been coming in, I am whelmed over by some of the things people are saying. [ASIDE:"Whelmed over" is perfectly acceptable] Some people have been totally freaked-out by the creepiness of the book, in particular, by the OCD, homicidal Mitch.

I didn't realize that some readers would react this way when I was writing the book... because so much of the story hits close to home for me, too. But that's the case with everything I write... most of the things the characters experience and go through... well, let's just say I have some pretty similar memories.

But this unanticipated reaction makes me realize that if in the path of falling objects really creeps some readers out, then The Marbury Lens, the book I am finishing up right now, might just push some readers off the edge. Again, though, my apologies... been there, done that.

At least sort of.

But I wanted to say that some of the kindest and most generous praise for in the path of falling objects came from my dear friend, author Kelly Milner Halls. I want to preface these quote snippets with the following qualifier, though: although Kelly is one of my best and truest friends, she is known for her hyper-critical eye when it comes to YA fiction, and would never ever falsely praise something.

That said, Kelly had these comments about in the path of falling objects:

"I felt like I got to know the characters so much better in this book. And you hit the ground running -- there was action that started from the first page. It reached out to my imagination from the very beginning and gripped it, which is really great. I can't wait to see how it does. This one should do really well for you. Can't wait to see the librarian reactions. Great job!

You have nothing to worry about from the kids who will read it. They'll keep turning the pages as if they're watching a thriller at the movie theater."