this is not a perverted male fantasy 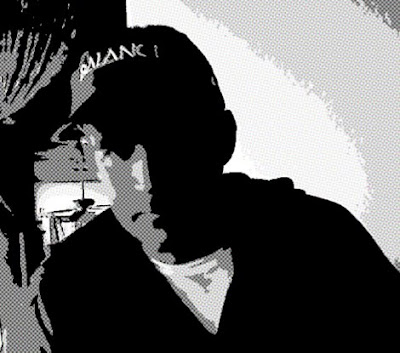 No. This is a true story. Like all of mine are.

It's a story of redemption and the invisible hand that swats cruel-minded bus drivers and delivers the pure of heart to a better place.

I am a streak runner. That doesn't mean I run around with no clothes on, it means that I haven't taken a day off from running since some time last century (that would be ten years or so). I run in any conditions: snow, rain, heat, wind... it doesn't matter. I have also completed 30 marathons (26.2 miles) since the 1990s.

The nicest marathon in the world runs along the coast of California on Highway 1 from Big Sur to Carmel: the Big Sur Marathon. I've run that one four or five times, I guess.

If you haven't ever run a marathon, I think it would be kind of difficult to imagine just how agonized your body feels at the finish line. So, usually, race events take really good care of runners at the end. In Big Sur, there are all kinds of great treats, especially the locally-grown strawberries. But the best thing, at least for me, is the free beer.

You know, nothing quite says "I've just run my fastest marathon ever" (which I did last time at Big Sur... sub-4) like downing a couple gallons of free draft Heineken.

So... here's the deal: the race at Big Sur is a one-way marathon. So, at the finish line, I was 26.2 miles away from where I was staying (in Big Sur). Like most of the runners, that meant we had to catch locally-sponsored buses to drive us back to the starting line.

My bus was a definite party bus. One of the guys on it came in fourth in my age division, and the bus driver let us drink beer and wine while she drove the slow, winding course back to Big Sur. Problem was that, as I said, I already drank at least a gallon of beer at the finish line party.

So, about half-way back to Big Sur, I needed to pee.

And there was nothing, no receptacle in the bus besides 16-ounce Solo Cups with beer and wine residue in them. What could I do? I begged and pleaded with the driver to pull over so I could pee. In the back, some of the runners began chanting "Out the window! Out the window!"

I was about to explode in torrents of beer and piss.

On the verge of crying, I begged the driver again.

Now see, this was a real conundrum. But, in my state, I had to pee so bad that I was actually willing to go the distance on foot -- 10 miles -- back to Big Sur (this, after running 26.2 miles and drinking a bathtub of beer).

The driver pulled over, I got out, she pulled away, and there was a chorus of boos from all the runners on the bus for what she did.

But -- sweet mother of God -- that was the best pee I've ever had in my life. I peed. I watched the bus pull away in a cloud of exhaust. I limped out along Highway 1. Ten more miles to go.

So I hitch hiked.

Sorry I never listened to what Mom and Dad told me. Because they always told me that if I hitch hiked, I'd get picked up by murderous psychos like what happens to Jonah and Simon in in the path of falling objects.

But you know what happened to me that day out on the road north of Big Sur?

Almost immediately, I got picked up by a smokin-hot blond in a convertible Mustang, out for an afternoon drive.

We passed the bus just down the highway. I noticed all these sweaty faces of the other runners pressed against their windows. I gave them the hand greeting alluded to in the closing lines of yesterday's post.
Posted by Andrew Smith at 3:35 AM