the boy book that girls will be tricked into reading 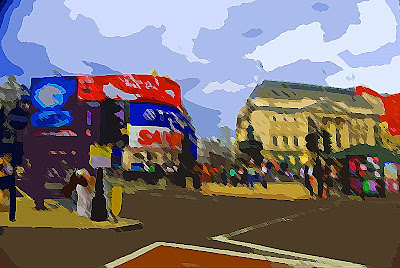 Unintentionally, I've been keeping track of the different reactions to in the path of falling objects based on gender. Of course, this isn't something I ever thought about when writing the book, but since it has been narrowly distributed as Advance Reader Copies, I've noticed (not very scientifically) a general trend based on the sexes.

Females are really creeped out and scared by the book, expressing a general opinion that reading it alone at nighttime isn't a good idea. Males think it's a fun ride -- like being stuck on top of a Ferris Wheel -- and especially like the first page.

I think the reactions have been consistently powerful and very positive, though. I surmise the differences are largely due to the fact that most YA fiction is written for girls, with a bias toward that audience. [Comment button below] There is a general, very unscientific, and skewed belief in publishing, writing, and bookselling, that only girls read... that only girls spend money in book stores.

And that's merely because, if you go to a bookstore, most of the books there

Did I mention the comment button is below? I'm not trying to piss anyone off, and don't presume I am being sexist, either. I am not saying anything that disparages females.

It's easier to market for girls. Females are -- apparently -- mere putty in the hands of advertisers, which is why so much marketing revenue targets them. Don't tell the girls that, though... they don't know it. When advertisers and marketers find out effective strategies for marketing to boys (they haven't really done that yet... probably due to the assumptions that boys don't read, and -- if they did -- they would be more like girls ,therefore no need to design specific marketing geared toward boys), they will soon realize there is an untapped market out there.
Posted by Andrew Smith at 3:33 AM