professor bignuts on a rant 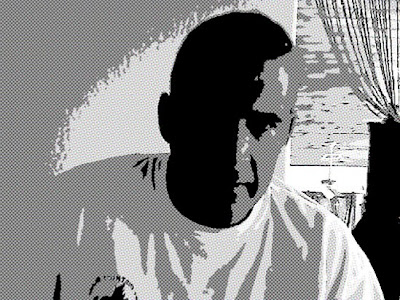 Okay... a few things: First off, I was going to blog about something pleasant and happy today... but then (second thing) something really pissed me off yesterday (is pissed a cuss-word, because if it is...), (third thing) so excuse me in advance because I need to rant today and I feel an obscenity or two forming at the tips of my fingers.

So yesterday, I'm working on my thing and my phone buzzes... email coming in... from my editor, who says something like oh, we saw the article about you in... (name of shitty newspaper deleted... oh, which ticks me off even more because why is it that GOOD newspapers are going out of print and literary pus stains like this keep cranking out the copy?) and I'm, like, oh, they run stories about me all the time... and they never even talk to me... it's like I don't even know anything about it, but, thanks, I'll look it up and then I look it up... [ASIDE: I really really HATE reading articles about me... almost as much -- no, more than -- I hate wearing "hello! my name is fucking idiot" name tags][SECOND ASIDE: Which reminds me, on the news channel I watch, there is this terrifying Volvo commercial with this couple in the backseat of a Volvo and this guy in the driver seat turns around, and, with this ultra-creepy Swedish accent, says "HELLO!!! I'm going to crash this fucking car with you in it!!!" and I'm, like, holy shit!!! if I was ever in a car with a guy that turned around and looked at me and said "HELLO!!!" like that guy I'd piss myself] and it's like an article about me that is totally wrong and made up in every conceivable way, and so I'm thinking who the fuck got this shit so screwed up? because it's like modern interpretive dance, but only with ME, and I don't understand modern interpretive dance at all, so I'm thinking, I know... I know... it's that fucker Casey who lost his MAN CARD to me when he used the word "bliss" in spoken commentary, just trying to get even or something, because the article doesn't even quote me at all... it sounds like it's made up from speculation based on my blog entries... and -- Damn! -- my blog??? as a SOURCE??? and I'm, like, puking in the back of my throat as I read it because through the whole goddamned article the writer (identified only as "staff") continually refers to me as "Andy" and nobody... NOBODY calls me "Andy" and gets away with it, because I'm, like "Andy" -- give me a fucking break -- I haven't been called "Andy" since I wore tighty whities with Batman on them (the original one, with Adam West... well, okay, so maybe I did wear some last week, but NOBODY is EVER allowed to call me that) and so I'm, like, shit! where did they get this shit from in the first place, because I have friends... oh yeah... friends... and they will not stand for this at all... because they are the same friends who, for reasons I WILL NOT explain, used to (and sometimes still do) call me "Professor Bignuts," which is a nickname that kicks ass on "Andy" any goddamned day.