off to see the wizard... 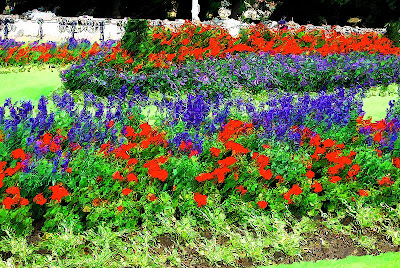 Yesterday, I had a most excellent conversation with a college student who got to read an advance copy of in the path of falling objects. Two things that struck me about our talk (well... you know, there may end up being more than two):

First, he said that he was entirely convinced that the only way I could think up such a story, and create a character like Mitch, was that I had to be completely insane.

Okay, I just realized there are going to be more than two things here. Then he said he was lying awake at night (a recurring theme among comments from readers), and there was a particular line from the novel that convinced him that I was a genius. He read the line to me (and I won't quote it here)-- and asked, how do you think up things like that?

Then, our conversation turned to The Wizard of Oz, which is a recurring allusion in in the path of falling objects. We talked about how the novel is kind of a demonically-possessed bastardization of The Wizard of Oz on so many levels... the travelers following a road, hoping for some kind of deliverance to a perfect world, the tin man who tags along for the ride, the character "Chief" (I can't say more about this guy), among so many other references to the Oz story.

But it doesn't end there, either. Because Oz also stands as a commentary on the political and economic failures of the Gilded Age (a period in history for which I have a minor obsession... don't even get me started about the election and presidency of James Garfield), and my college-student reader perceived a similar undercurrent to in the path of falling objects as well, especially in light of the "Gilded Age" America has just come out the dark end of, our current involvement in war, and the ubiquitous feeling of being lost all the time.

Then... he said, there's this whole Don Quixote thing going on with Lilly and Jonah, with Matthew's experiences in Vietnam... as well as the parallel disintegration of Mitch and Matthew at the same time.