a matter of consistency 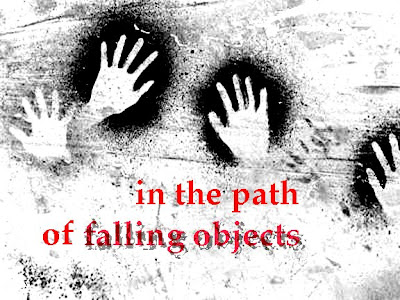 Okay. Now, a few people have read in the path of falling objects, and I am detecting a trend being established in the comments I've been receiving.

But let me begin with a story.

When I handed my original manuscript for in the path of falling objects over to my editor, it was like, "Here. Read this." Um... that was last year at ALA, I think, or BEA or something. Basically, not too long ago. But it wasn't like my editor was expecting it, either, so she let her assistant, Allison read it first.

(I think this is how the story goes)

Well, Allison is, like, probably the sweetest girl on the planet, and every time I see her I feel like buying her a Shetland pony or something. But, when Allison got in the path of falling objects, she had just moved into her own New York apartment.

With no Shetland pony.

And she read the book alone.

And so she got really really scared.

That's my story. And, so far, I've been hearing similar remarks from just about everyone who's read it.

[Note -- why am I suddenly paranoid about using apostrophes?]

So... want to see something you'll never forget? Well, you're going to have to wait. But a friend of mine, an amazingly talented photographer and cinematographer named Taggart Lee, asked me if he could borrow my ARC to read.

Then he read it.

And he sent me an email that ended with these words:

So, hope you're looking forward to it. It will be out soon.
Posted by Andrew Smith at 3:27 AM