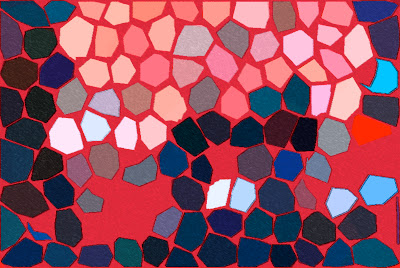 Two days to the cover reveal.

I hope you're ready.

And I am supposed to receive my arcs of Stick today, as well. To top it all off, one week from today -- Wednesday, April 13 -- I will upload and debut the live-action video trailer for Stick, too.

So I wanted to tell you a little bit about the two-and-a-half-minute video before you get a chance to actually see it.

A couple of months ago, I met a kid named Dave Espinoza, who had just finished reading The Marbury Lens and really loved the book. We talked for a while. Dave had lots of questions, and, like most people, his own perspective on some of the things that happen in The Marbury Lens.

During our conversation, I learned that Dave is also a filmmaker. Coincidentally, at that time, I was communicating with some professional film crews about making a short trailer for my upcoming novel, Stick, and I learned a lot about the different approaches to making book trailers.

Anyway, I asked Dave if he'd be interested in making a trailer for Stick, and if he thought it was possible that we use only kids (everyone on the entire cast and crew was 16 or 17 years old... um... except me). So, Dave cast the actors, arranged for the equipment, sets, crew... everything... and, over the course of what turned out to be several weeks (for a two-and-a-half-minute film), we made a trailer, using a script that I wrote (that was entirely taken from lines in Stick, so it was an easy adaptation).

Okay. So, here are the kids who worked on the film:

Dave Espinoza was the director and cinematographer. Camera work was also done by John Denny and Trevin Smith (yay... my son). Grips and lighting were Zack Latade and Trevin Smith.

Sound recording was done by Dave Espinoza and Jonathan Halterman.

Still photography was shot by Kaija Bosket, a very talented young photographer who also shot an author photo of me that is going to appear in the June issue of VOYA. That photo was taken on one of the sets with the actors.

The three sixteen-year-old kids (what a shock! actually using teenagers to play teenagers) who played roles in the video are all talented actors with extensive credits in local theater groups and even some film work.

Demetri Belardinelli plays the part of Ricky Dostal, the "bad kid" who gets beaten up by Derrick Deakins, who plays the older brother, Bosten McClellan.

Stark McClellan ("Stick") is played by James Marino. James also does the voiceover narration that runs through the film (he wants to do voiceover professionally, and you'll see how good the kid is at doing it). And James also composed and recorded the original musical score for the Stick film, too (he wants to study composing in college).

So, next week, when you see the video, you may have to remind yourself that this was actually done by a bunch of kids.