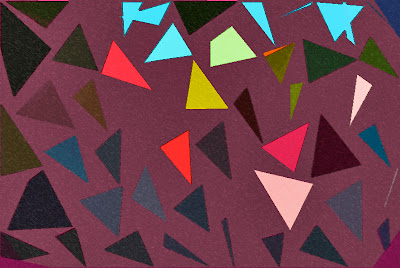 I received word yesterday that the ARCs for Stick have arrived in the Macmillan offices.

I haven't seen them yet, but I will be honest and admit that I am a little anxious about a few things. I am set to receive mine tomorrow, and I will be waiting.

But I won't post a picture of them here or on Facebook for a while... because of the big cover reveal happening in just three days (see yesterday's post for a list of participating blogsites) and also because I'll be out of town.

But I am a little stressed about the product.

The ARCs should be available at the TXLA (Texas Library Association) Conference this week, too -- so to all you terrific, incredible librarians in Texas, head over to the Macmillan/Feiwel and Friends area and grab one while you can. I was also assured that if they run out, if you leave your name and address at the Feiwel and Friends booth, they will send you one. Yes. An ARC. Of Stick.

Attention Texas: I expect a massive line, a civilized mob, or, at the very least two disgruntled librarians camping out in front of the Feiwel booth because they thought that was the place to get a freebie copy of City of Fallen Angels.

But, in honor of the ARCs coming out (and I have already sent a list of names and addresses of people who asked for one to Macmillan), I thought I'd share two random facts about the book, which you may already know, anyway. But here goes:

1. I wrote the book in 6 weeks. First words to submission time to Liz Szabla, my editor. I wrote it in November, 2009, in an attempt to write a novel for National Novel Writing Month (NaNoWriMo). The goal of NaNo is to write 50,000 words in November, which I did. But I didn't finish the novel until mid-December. The finished word count was just under 75,000 words (my shortest novel ever, but still not at all "short" by YA standards).

2. Sara Zarr (Story of a Girl, Sweethearts, Once Was Lost) got to read it first. Well, after Liz Szabla did, that is. And Sara really liked it. In fact, a little blurb of hers is printed on the cover. Here's the incredibly flattering thing Sara wrote:

Andrew Smith is one of the most courageous and compelling authors I've read. Stick moved me deeply.

So... Friday. The cover. And I also want to talk about book trailers in general, and then, specifically, about the trailer that was produced for Stick.

Then I'll be debuting that, coming up very soon...