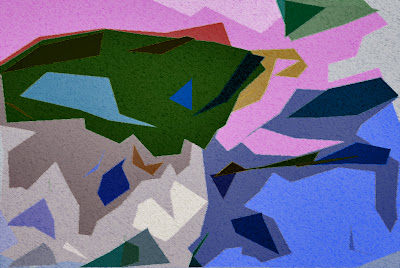 First off -- and before I forget -- here are the blogs that will be exploding tomorrow with the cover art for my next novel, Stick:

Yesterday, lots of amazing stuff happened, most of which I am not allowed to talk about yet. But as soon as I can, I will.

I know... writers do that more than anyone else, but there are reasons why.

Anyway, I did receive a very small package of ARCs of Stick yesterday.

They are here, and those of you who are awaiting one can rest assured they will be out there soon. Those of you who are anticipating reading it, you may as well clear your heads of anything you've come to expect from the YA mills of late, too. That's all I'm going to say.

I need to tell you about one of the nicest things ever:

So, last night, I was lying in bed (yes... with a copy of Stick) and my wife and daughter came home from the dance studio and said that another package had been delivered on the front doorstep.

Two deliveries in one evening. I thought it was kind of weird.

Then my daughter announced that it was a box from Random House. I thought that was weird, too. I mean... my first two novels, Ghost Medicine and In the Path of Falling Objects were made into audiobooks by Random House, but that was a long time ago... so I had no idea what could possibly be inside the box.

Also, as a side note, I have to say that the people who work at Random House must be some of the most thoughtful people anywhere. One time, they even sent me (by FedEx) a handwritten letter from a fan of Ghost Medicine that was only addressed to my name, care of Random House.

Anyway... as I've said before, I am a HUGE (well, I am reasonably slender) fan of the handwritten-on-paper note, and I always save them.

From an author. And I don't think I've ever crossed paths with him, either.

Anyway, here's the inside of the box -- 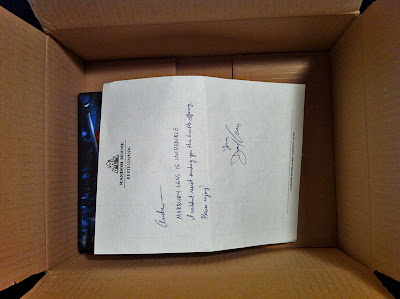 And the note reads:

I couldn't resist sending you this humble offering.

And it was signed by the author -- Daniel Kraus

Beneath the note was a copy of Daniel's just released novel, Rotters (about grave-robbing. LOVE.), a shovel and a rake (obvious tools of the trade), and a bag of honest-to-God dirt with "Body Parts" in it. 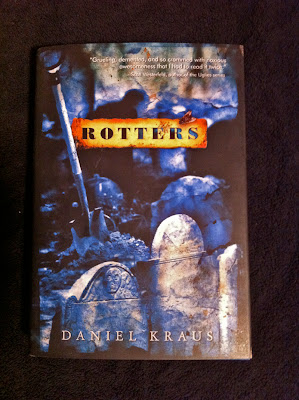 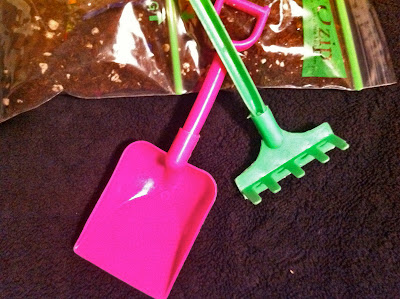 The dirt and body parts. 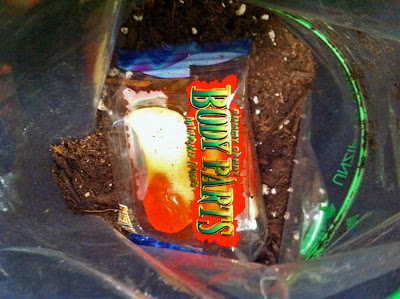 Really, honestly... this was just about the coolest and most random (house) thing anyone has ever done for me.

I have a few things to say to you, Mr. Kraus:

1. Thank you for the note about The Marbury Lens. This will be framed and hung, my friend.

2. Now I have something to read this weekend when I take my son up to UC Berkeley for his freshman orientation and I'm sitting alone in a hotel room, rocking back and forth, in fetal posture because my 16-year-old son is going to leave and go to college.

More on the big good news coming soon, and don't forget: the cover reveal for Stick is tomorrow (Friday, April 8), and the video trailer will debut on Wednesday, April 13.

I plan on blogging from my road trip with the son. There will be pictures.