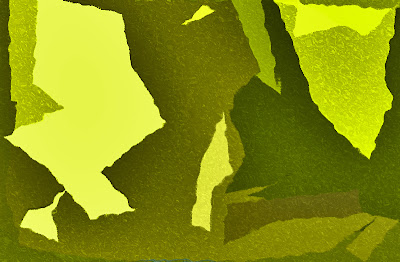 About that predicting the future prediction...

I will have to hold off on that until tomorrow.

Because this also has something to do with yesterday's "advicey" post about writing.

It's my thirty seconds game.

It's quick, but it's pure hell.

It really puts young writers on the spot, though. It's when we bring up the topic of tell me what your story's about... I give them thirty seconds to tell me.

Because writers love getting sidetracked and explaining all these extraneous, totally unimportant, sub-plottish details about their wonderfully involved and elaborate work so much that they just can't get down to simply stating how the car gets driven from A to B (see yesterday's post).

The funny thing is, if you ask most writers to tell you the general story of nearly anything else they've ever read (that wasn't written by them) they can do it pretty easily... but when it comes to limiting their synopsis to 30 seconds with their own work... they tend to want to start reading (and pausing, going back and re-reading) their entire (oh... by the way... I need to back-fill this detail here...) goddamned novel.

Try it. You go ahead and tell me about... um... Huckleberry Finn or Romeo and Juliet in thirty seconds (bet you could do it in half that time)... Now, tell me about the story you're writing...

It's a tough game. The purpose isn't to be mean, or to put young writers on the spot (even if it can seem that way), it's to get their brains to focus on where they're really trying to go... which makes things so much easier for them when they actually discipline themselves into sitting down and writing the thing.