all these pills and powder 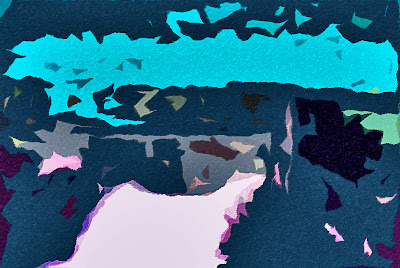 You know what's the most distracting thing for me, that gets in the way of productivity? It's not noise. It's the business part of writing. I don't like having anything to do with that stuff, which is why, to me, having an agent is so important.

So... the couple-week-long distraction has pretty much ended and now I can go back to doing what I'd rather do.

And, in a couple days or so, I'll let you know about a couple new books that will be coming out (written by me, naturally) that I haven't said anything about on here.

I'm not really one who discusses things that I'm writing publicly (or even privately, come to think of it, because the way I live makes a Mongolian nomad's life seem hectic and metropolitan), anyway -- except to say something very general and vague like "I am currently writing something new," which is something (ugh! I used the word 'something' three -- no four -- times in that tirade) I haven't been able to NOT say since, like, 2008.

(Needs a break, and will take one. Eventually.)

But, let me share some OTHER great news with you while I am in the process of suspending your attention.

My most-recently published work, The Marbury Lens, is going to be featured on the cover of Booklist magazine, for their May 15 issue.

Go get that 'zine.

Inside, Booklist is listing The Marbury Lens in their Top Ten Fantasies for Youth.

I'll tell you another thing that distracts me: It's that sometimes... no, a LOT of times... I wonder whether or not I should keep doing what I do. Usually, I get all pouty and say to myself I-am-never-writing-again (like, at least ten times per day).

Here's a typical event from my life:

PERSON A: I read your latest book.

PERSON A: Yeah. It's NOTHING like your other book(s).

I know it's shocking. I keep writing different shit.

The nerve of some people.

The thing is, when people like Booklist do stuff like what they're doing on May 15, it kind of softens the distraction of my near-hourly I-am-going-to-quit-writing paroxysms.

But it kind of makes me feel like writing again.

That, and wrapping up this business nonsense.