Okay. Now, I may as well get it over with. 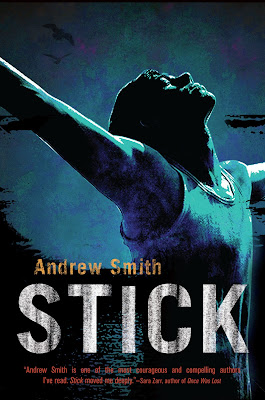 I love it. And, since I love it so much, I've decided to bump up the debut of the book's video. I will post it here on Monday morning.

So... the road trip. Of course, as these things happen to work out, it started snowing at my house the morning we left. A lot. Unplowed roads, lots of snow, having to drive in 4WD to get through the mountains toward the freeway.

I realized something, too, when we left. My daughter (who will be starting high school next year) got up from bed to say goodbye to her brother when we left. And I thought... well... you never think about these things too much, maybe, when you're a dad. But, as brothers and sisters go, my kids are, like, best friends. And I guess it's going to be like this now that the boy (who's only 16, goddamnit) is going to be going somewhere like Berkeley.

But we made it. For Jonathon, a playlist (when we weren't listening to the wheels in the snow): we listened to some Tamaryn, Wolf Parade, Smith Westerns, Girls, the entire album of The Moon & Antarctica (underrated greatness), and I'll make a couple other references below.

Because, naturally, after arriving in Berkeley and getting some pizza in his mouth, my son wanted to go here: 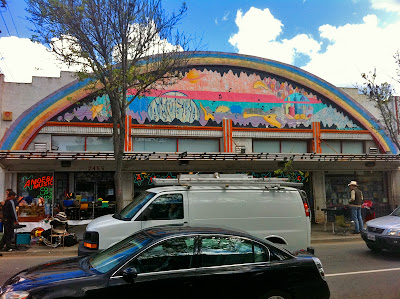 Amoeba Records. Where the kid bought the lone Neutral Milk Hotel EP he needed to complete his collection, and a great Pixies CD, too.

While we were there, driving through Berkeley and walking on the campus, I got about three phone calls from my agent and a whole bunch of emails about some exciting news that I'll probably be sharing in the coming week (after the book video -- don't forget).

It's all really great, exciting, life-changing stuff, but as nice as it all is, stuff like this makes me not sleep at night. I don't sleep well in hotels, anyway, and, to top it off, I had to drop my son off for his dorm stay at Berkeley.

So I have to make some decisions.

My son and I went in to a used book store, too. He walked out with what I told him were two of the greatest books ever written by American authors: In Our Time, by Ernest Hemingway, and Light In August, by William Faulkner.

I wrote a whole novel that bounces around and makes tons of references to In Our Time. I'll tell you about that book soon.

Anyway, as we were walking away from the bookstore, we were passed by a chanting band of Hare Krishna folk.

We don't see too many Hare Krishna folk in the mountains.

And I told him (this is the truth) about how when he was just days old, a group of Hare Krishna folk played drums and chanted a blessing to him in the jungle on Maui.

Okay. Well... I need to tell you about how I watched golf (The Masters) on television last night in the hotel bar. But I'll save that for next time...

The bay from my window: