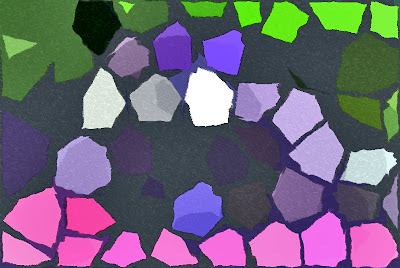 So, finally... yesterday I received the cover artwork for Stick.

I'm certain I've said it before, but the cover is absolutely beautiful. Rich Deas, the creative director who was responsible for the brilliant cover on The Marbury Lens came up with another masterpiece for Stick.

I can't wait to show it off.

The cover for my next novel, Stick, is going to be revealed on Friday, April 8 on the web. But not here. It will be revealed on a few other blogs out there, and I will post all the relevant links to them coming up in the next few days.

Patience is something that is rarely mentioned when it comes to the writing business. If you're just starting out and working on your first "real" project... and if you think it's tough enduring the wait-time to get a response from an agent... you haven't seen nothin' yet, kid.

I'd tell you about all the other tests of patience and periods of agonizing waiting, but I wouldn't want to spoil the natural maturation process of an author.

So, on Friday, April 8, the cover will be blown. I'll tell you a little about why I like it so much, though. I think Rich really captures some of the essential elements of the book -- without giving away too much. It's a cover that I could see myself flipping back to and looking at during various moments in the story -- and that's what you're supposed to do with a book's cover, right?

Also, there's a really nice blurb about me and the novel from Sara Zarr, whom my editor sent the manuscript to many months ago -- before we were even finished with the copy edits. Needless to say, I guess Sara liked the book.

And on Friday, April 8 I will be heading up to San Francisco with my son, who just got in to UC Berkeley and will be doing a weekend freshman orientation thing there. I plan on blogging from Berkeley that weekend, and I'll undoubtedly post the cover art here on that Saturday or Sunday.

And now that the cover art is ready for mass consumption, that means the live-action video book trailer can finally be revealed as well. It's been ready to go for a while now, but we were just waiting to splice in some images of the book cover and now that's done.

So I anticipate opening up the video (which has a really amazing story behind it) in the week following the big cover reveal, coming up on Friday.