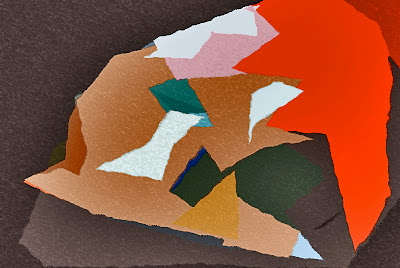 I was interviewed recently (a "live" interview, which seems to be a unique thing in this day of e-communication), and I said something about a few other authors whom I referred to as "real" writers.

The interviewer said something to me like, I've heard you say that a few times... What do you mean by 'real' writers?

I guess I don't consider myself a "real" writer for a lot of reasons.

I'd like to think of myself as being in that club, but I don't.

It requires a lot of faith to hold on to certain beliefs.

I've always written stuff -- ever since I was a little kid. I can clearly remember writing stories and things, just for myself and nobody else, when I was seven years old. So I always wrote.

When I was in high school, I was editor of my school's newspaper, too. My first-ever paid job was as a stringer (the lowliest form of writerly life) for a newspaper.

There are just a couple people from my high school days that I still know. One of my closest friends in high school, though, who also worked on the paper and wanted to one day be a writer, like me, is someone I still know and stay in touch with.

Anyway, my friend is a "real" writer today. She writes mostly nonfiction for kids, and her name is Kelly Milner Halls. Well, I went off to college and studied journalism and other stuff, and Kelly ended up becoming an award-winning author. I also hated every job I ever had as a result of my education.

But I kept writing, throughout my entire life.

One day, back in about 2006 or so, Kelly scolded me with something like, Why haven't you ever published a book?

I didn't know why I didn't.

I never thought about it.

I guess I believed certain things about why I wrote and what I wrote. And I honestly never thought about getting "real."

But I told her, Well... yeah... I've written some stuff. I have a couple novels that I think are pretty good. Maybe I'll try to get one published... I never really thought about it.

And that's what happened.

I sent this "thing" I'd written, called Ghost Medicine off to an agent, and, in the fall of 2008 it was on the shelves in bookstores.

But, seriously, I never thought about being "real."

That doesn't exactly explain what I believe, or what I think makes a writer "real."

Maybe I'm just having an identity crisis. Well... to be honest, I've been having one since Kelly and I worked on the same high school newspaper.

But I look back at all these years of not really thinking about doing stuff, but just doing it, and I realize I have a hell of a lot of "things" that I've never thought about letting people read.

I guess I've written, on average, about 2 books per year. I'm seriously thinking about formatting one of my unseen works as a free downloadable e-book and posting it on my website sometime this year.

Just because I never thought about being a real writer, anyway.