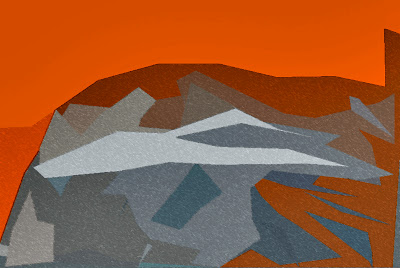 Yesterday, apparently, was Rock the Drop day, a subject I know nothing about.

Evidently, it was an organized campaign to leave books in conspicuous places, with little notes attached to their dust jackets explaining the day and inviting people to pick up free -- and hopefully enjoyable -- books.

Well, the guerrilla Rock the Drop monkeys from Macmillan did a stellar job, dropping a copy of The Marbury Lens at the 23rd Street Subway Station in New York City.

This was a particularly perfect drop because, as you may know, one of the more emotionally-draining scenes from The Marbury Lens takes place when Jack finds himself on a subway platform, disoriented, alone, and wearing a stranger's clothes.

At first, the photo taken by the Macmillan Rock the Drop monkeys was posted on Twitter. I copied the picture and uploaded it to my Facebook wall, and, after that I suppose, the social-network-media gauntlet had been dropped, resulting in thegreatbiggiantme, Andrew Smith, being "tagged" in a series of marginally staged Rock the Drop photos of books from Egmont.

I am a terrific fan of Egmont and their authors, but... sorry... the Macmonkeys ROCKED THE DROP.

Here's the first shot across the bow: 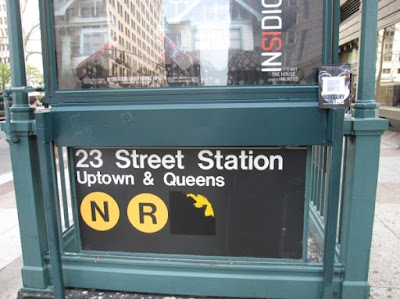 You just can't argue with Jack.