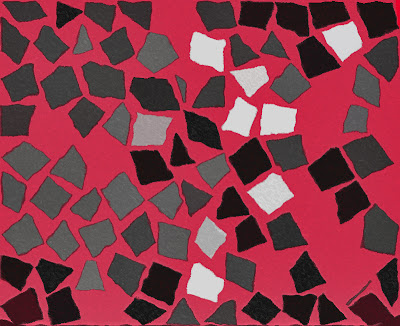 Among the interesting side-effects of being a writer who habitually makes everything he does completely different is that people either don't think you're the "right fit" to be in their club, or you get invited to a lot of varied events that kind of force you to shift your personality.

That's okay with me, and I suck at clubs, anyway.

For example, next week, I'll be speaking at the Los Angeles Times Festival of Books on a panel of authors. Our topic is going to be: Brave New Worlds: Writing the Unreal.

Puts me in a tough spot.

Actually, when I was writing The Marbury Lens, the few people whom I spoke with about writing it (and, by the way, I NEVER talk details about anything I am writing while in the process), I told them that I was "writing a fantasy that isn't a fantasy."

That's really the way I described the book... and they were, like, huh?

And I still believe that about The Marbury Lens, too. Which is kind of why I can appreciate why Booklist will be featuring it on (yay!) their May 15 COVER(!!!) and naming The Marbury Lens as a "Top Ten Fantasy."

Because it is a fantasy.

And then, coming up this fall, after the release of Stick, I'll be going to Chicago for the annual NCTE/ALAN conference and workshops, where I'll be speaking on a panel of authors and our topic is going to be how Young Adult literature is returning to its "realistic" roots.

I guess I was thought of for that panel because of Stick, which is really kind of grimy-noir-cigarette-smoke-reeking-sarcastic postmodernist fiction.

About a week ago on Twitter, there were a lot of posts back and forth from some pretty notable authors and other people in the LitBiz, squee!-ing about how "the next big thing" in YA was going to be realistic fiction.

I hate "next big thing" discussions. They make frantic and impoverished conference-addicts stay up all night tweeting about OMG! I just got the most amazing idea for my next WIP!!! Squee!!!

Well... I've always been rooted in the grit and stench of realism.

But, then again, Stick has some fairly otherworldly qualities to it, too. But so (definitely) do my other realistic novels, Ghost Medicine and In the Path of Falling Objects, too.

Anyway, it's nice to be on the fringe.

Here's a tip: the next big thing in YA -- good writing.