not far from the tree 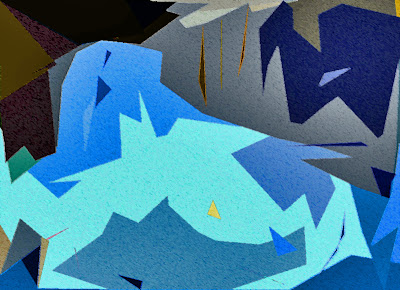 The apple has landed.

A couple days ago, I wrote a bit about how I decided to finally get some of my fiction published, that it was, honestly, due to my great friend Kelly Milner Halls (who is also a terrific author).

When we were kids -- and, believe me, I've known Kelly since childhood -- my parents were definitely not enthusiastic about my desire to one day become a writer. It didn't really matter what they wanted me to do, though, because I put myself through college and did pretty much exactly what I wanted to do with myself.

[Which reminds me of this irksome question that interviewers keep asking me: "If you weren't a writer, what would you do?" That question is so endlessly annoying to me because I just can not comprehend the concept of anyone ever doing anything that isn't exactly what they want to be doing. I mean... really... if you're doing something other than what you want to do, then you may as well be in prison. Same thing.]

Anyway, last year I started a young writers group with some high school boys because I wanted them to learn about writing and do what they wanted to do in a non-prescriptive and school-bullshitty way. The group was started in spring of 2010, and the boys worked fast and passionately to get stories submitted for a writing competition, in which two of the boys were honored.

So I decided to continue the group this year, and, to be honest, it is without a doubt one of the most rewarding, most fun things I've ever done. Oh, and unlike a lot of really bullshitty programs, this group is not gender-specific. The group is about 60% boy.

The kids are amazing writers, too. We are in the process of making a web-documentary (thanks to Annex Footage) about the group and what we do, so you'll be able to see and hear how the kids interact and deal with one another as writers. None of this at all, not ever, involves reading or listening to one single word of my writing, by the way, as giant as the greatbiggiantme wants to be at times.

Well, a couple days ago, the results for Mrs. Nelson's Young Writers Contest were announced, and a couple of my kids were honored for their writing.

I don't know where he gets his creepiness from, but, honestly, when he reads at our group... kids have actually been known to cry. Also, the kid plans on majoring in English at UC Berkeley... and going on to become a writer. At least, that's what he wants right now.

Would I rather my son be a writer than an undersea welder? It's not up to me. I'd love to see him write books one day. Or whatever.

And the other award was an Honorable Mention that went to Kaija Bosket (her name is pronounced K-eye-uh), who also wrote a very creepy story called The Plumber.

Honestly... I really don't know where these kids get their influences.

The one thing about our group, though, is that there are NO RULES. Kids can say and write whatever they want to say and write, which is one of the reasons why the group is not prescriptive and school-bullshitty.

Sorry if this angers or upsets some people, but most schools that have "Creative Writing" programs or clubs, or that publish creative writing anthologies of student work, also have to abide by content restrictions that are passed down by the sage administrators who most likely sought college degrees to suit their parents rather than themselves.

I don't have a problem at all with school-generated content restrictions. It's playing the game, and there are lessons there for all of us.

Like, for example, the lesson about how you shouldn't play some games.

Anyway, kids need to be able to express themselves with no restrictions when it comes to the written word. That's my belief, at least, but I definitely respect people who believe that kids' writing should be content-filtered. But in my kids' group... if they want to say "fuck," or... whatever... well, they say it.

As long as they spell correctly and don't misuse apostrophes, I'm totally okay with whatever they write.

So it really is all about respect. Respect for kids' creative development; and their respect for the written word, and each other. You'll see that in the video when we get it finished.

And sorry to say this so late in this rather lengthy post, but I have to give a huge nod to a little indie store like Mrs. Nelson's for being a massive champion of literacy. Stores like this -- especially ones who have the literary balls to actually sponsor programs that get kids enthusiastic about writing -- do so much more for our future than we give them credit for.

Congrats to all the winners of the Mrs. Nelson's Young Writers Contest.

Oh... and I'll definitely be there at the awards presentation. So pack the kids in the car and come out to Mrs. Nelson's and we'll see you there.