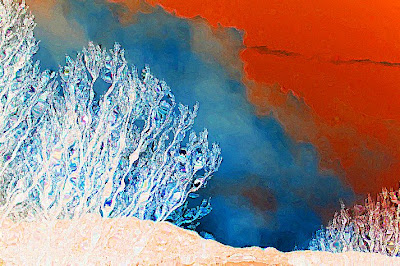 I received a really good question from my friend Nora the other day, and I thought I would post it and attempt an answer here.

Nora wrote: "I just got to thinking: you say that there need to be more books for guys to read as they get older. I think you're very right. But what are they looking for? Not chick lit, clearly, but instead....what are the ideal qualities? What is it you think they want and aren't finding?"

First off, let me begin by talking a little bit about where high-school-age boy readers go when they want a book to read: It will typically NOT be to their school's library, nor will it be to the YA section in their local bookstore. Why? As I've said before... too much pink; as the question implies, a heck of a lot of chick-lit there. The boy high school students that I talk to (and I'm not going to write about graphic novels here, but they are an important alternative choice for boys) tell me that they will avoid the "teen" section in the bookstore and go right for the Adult Fiction shelves, which are much more boy-friendly.

Here, they'll pick up authors like Stephen King, or James Patterson (currently at #2 on the NYT Adult Fiction list), and while they're in that section, they will also pick up, look at, and maybe get hooked by writers like Tom Rob Smith (whose Child 44 was a bestseller last year and lots of boys read), or the more recent The Doomsday Key (Currently #7) by James Rollins -- just because of the cover and jacket flap.

That's where boys are going.

And that's why so many people -- including authors, teachers, booksellers, reviewers, and librarians -- kind of naturally assume that YA equals books for girls.

I think it's starting to change (I hope), and I'm excited by the incredible enthusiasm I saw evident at ALA when I spoke about writing YA for boys... and there are some really great boy-friendly YA titles coming out in the next few months too (like... I can think of one that takes place in the desolate New Mexico desert, for example). And I'm going to write about some of these new and soon-to-be released titles soon, I promise.

In fact, just yesterday, the publicist at Macmillan forwarded an email to me from an independent bookseller about that particular New Mexico book (called, by the way, in the path of falling objects), and she said:

"I can’t stop thinking about Andrew’s book and I look forward to handselling it to boys who feel there’s nothing out there to interest them."

Well. A new recruit in the army of boy.

Now, as far as the second part of Nora's question -- the one about what boys are looking for, in terms of characteristics/qualities, this may be a tougher one to deal with, but I'm going to give it to you (and remember, keep thinking about why boys bypass the YA section and head toward the Adult Fiction stacks).

Older boys (let's say we're talking readers above the age of 14) do not want preachy books where everything works out perfectly: the bad get punished, and negative things only happen to people who deserve them (because they did something bad -- like drank alcohol or shoplifted or had sex). They want honesty that's not dumbed-down or softened to their youthful sensibilities, and they can handle reading about things that (here's a shocker) some adults can't (like cruelty to animals, for example).

Did you hear me? I'm going to say it again: Older boys can handle reading about things that make some adults uncomfortable.

And they really want that.

Because they are thrilled by risk-taking. Including risk-taking in their reading. And this leads to a whole other blog topic, but I will conclude by saying that, yes, there is a degree of responsibility among writers to present the attraction boys feel toward risk-taking in such a way that we don't become complicit in intentionally self-destructive behavior (which is part of the boy experience -- whether you're talking about skateboarding, driving fast, or any more obvious manifestations of putting yourself in harm's way).

I'll continue this thought coming up. Feel free to open the floodgates of your opposition, or comment as you'd like.
Posted by Andrew Smith at 5:56 AM