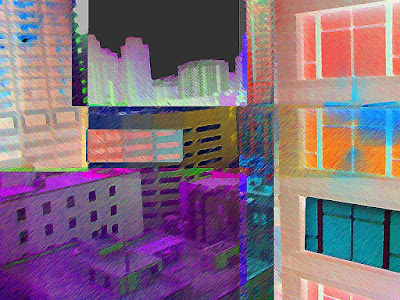 Okay. The party turned out to be great.

Friends showed up with their kids in tow, and everyone got to hang out by the pool on a perfect summer day. And I got lots of books for the high school's GUYS READ program, too.

One of my friends who showed up has a thirteen-year-old son named Cade. I've given Cade lots of ARCs and books from expos over the years, because he's such a great reader and he says it's hard to find good "boy books" in his school library and the local bookstores.

You can get sensitive about that if you want, but I hear this all the time from kids.

Anyway, the first thing Cade did when he showed up was ask me a question about in the path of falling objects (I gave him an ARC when they first came out). I don't think I gave him much of an answer, either, so I'm going to give him a better one here.

He asked why Mitch seemed obsessed with "gravity" and why gravity comes up so frequently in the book. Well, obviously enough, I put a lot of natural elements in my books; and frequently use the interaction of characters and nature as a complication to their journeys. The thing about in the path of falling objects is that the brothers have to come to terms with the fact that there are forces at work in nature that they can't do anything about, but there are things at work that try to wedge the relationship between the brothers that can be resisted. Mitch, though, is as helpless to resist the forces acting on him as a rock falling from the sky.

So there you go, kid.

Oh... and I'll admit that I totally deserved this very karmic birthday cake. It was the hit of the party, and everyone was eagerly waiting to see my reaction when it was unveiled: 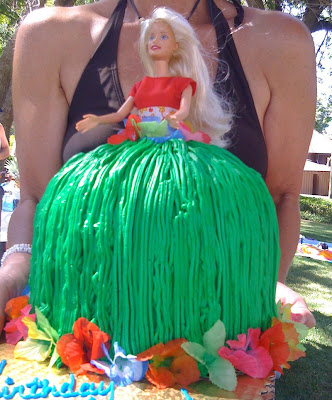