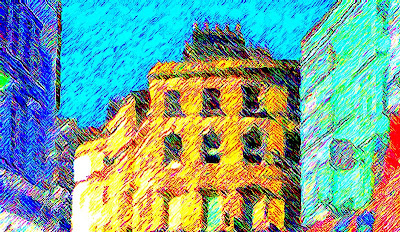 No. Not review. That's a different R-word.

I wanted to write a little bit today about how research and experience contribute to the work involved in writing a novel. Yes... even though novels are "fiction," stuff generally needs to be researched.

I think that's one of the biggest reasons why so many young, new, or aspiring novelists opt for the "fantasy track" in penning their first works: they either don't know very much or have limited life experiences, and don't want to research the real world and real people -- so they assume it will be remarkably easy to just "make stuff up."

So I just wanted to go through the list of the novels I've written and talk a little bit about the research that went in to each one of them.

First of all, every time I talk to young writers, I'm inevitably asked the question about where my ideas come from. As usual, my answers are long-winded and convoluted, but I always include the advice that if you want to write, you need to get the hell out of your house and see the world -- bump into stuff.

So, every one of my books has a hell of a lot of my own personal experiences in them -- the stuff that happens to Troy and his friends in Ghost Medicine; the relationship between the brothers, the Vietnam experience, and traveling through New Mexico that is woven into in the path of falling objects; and I actually lived in Kitsap County, Washington (Bainbridge Island) and spent a lot of time in the Seattle area, the location where much of Winger takes place; and all the locations in The Marbury Lens -- Regent's Park, the London Underground, Blackpool -- are all places in which I've spent a great deal of time (not the surreal fantasy world part of the story, though... thankfully enough).

And I've done so much research in writing the historical fiction YA novel, Bird, which takes place during my favorite study in American history -- California in the 1880s -- and, in particular, during the week of the assassination of President James Garfield, who, strangely enough, I am morbidly fascinated with.

I also used some of that research in The Marbury Lens, because one of the important characters in that novel actually lived in California during the 1880s. There is even a Preterist minister in The Marbury Lens, and Garfield's assassin was a Preterist, too... not an uncommon religious following in the 1880s in America, but I'll bet you've probably never heard about it.

So, yeah... even stuff that's "made up" has to be researched or experienced in some degree in order to draw the reader into the worlds writers create.

Tomorrow, I am heading to Chicago (very very early in the morning), so I may only blog a few lines in the morning before I leave. But, like I said, I have a feeling I may be doing multiple blog posts on some of the days I spend at the ALA Annual.
Posted by Andrew Smith at 5:49 AM