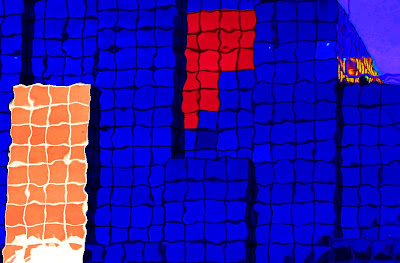 Well, there's lots I want to talk about on the blog. First of all, if you haven't read Brian James' comment on yesterday's post, you should do that. It definitely has me thinking about some important food-related ideas that I'll probably get to later on in the coming week. Yvonne Prinz also made a very impassioned response via Facebook about genetically-modified crops that I want to come back to, as well. But, it's the weekend, so I'm short-posting today and tomorrow so I can get outside and enjoy the amazing place where I live.

Also, on Monday, not to rip Brian's or the Vinyl Princess' style, I am planning on posting a blog about music -- kind of -- with a sort-of-but-not-really review of the YA novel The Vinyl Princess, called (if you've read the book, you'll know what this refers to) "The Art of the Mix."

So... food and music coming up this week. And I still have not revealed the secret destination of my dad-and-kids-alone vacation, and that's coming up, too (because I'll be blogging and uploading pictures from there).

I've written before about the strange and intense dreams I have -- last night's, for example -- I lived in an apartment that was like one of those hamster habit-trail things, if that's what they're called.

Anyway, the cover art for in the path of falling objects was a long time in the making. In fact, it was just finalized about ten days ago (and the book will be out in September -- I think). Anyway, the incredible artist who put it together, Rich Deas, mentioned something to me about artwork on the title page, as well (which I have not seen). That was it... just a mention. No show (but I've been imagining what he might have come up with, and I'm not going to say, but I hope he was thinking like me on that one).

So, in my dream, the book was out and I was holding on to my first copy, but the cover had been redesigned. It had a baby in a diaper sitting at the wheel of the car from the book. And the baby had a scruffy, greasy beard (he was obviously supposed to be the deranged antagonist, Mitch). And the baby was smoking a cigar (Mitch smokes in the book... but not cigars).

Needless to say, I was fairly disappointed in the new cover design.

Which reminds me, I'd really also like to blog about cover art on books, but I'm trying to come up with some way of doing it that won't get me into trouble. I will say, though, emphatically, that the covers of my two books are AMAZING. And, I will say, too, (Rich...) that this one is my favorite so far... 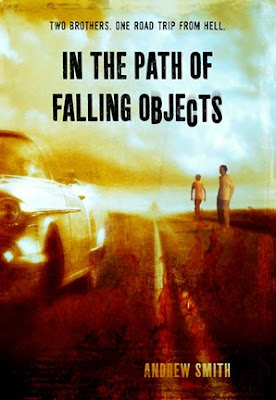