the art of the mix 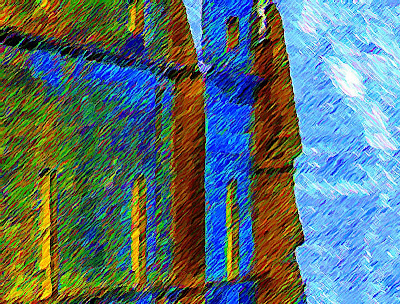 "Just for the record, I'm a girl who considers herself the all-time reigning queen of the mix. My mixes are legendary... An unexpected mix like this can take you somewhere; it can make you feel nostalgic and renewed or it can completely undo you. But anyone who collects vinyl already knows that..."
-- Yvonne Prinz, The Vinyl Princess
Okay, so, as promised, today I'm kind of going to talk about music, and, in a roundabout way, about this new YA novel that will be coming out in January of 2010 called The Vinyl Princess.

A little more than a week ago, I had a birthday, and I was fortunate enough to receive a specially-created mix CD from the Vinyl Princess herself (and the Veep's identity is a secret). And, like the book that tells her story, this particular mix CD is brimming with hopefulness and life -- a definite trip.

Wait Until You Get to Know Me -- Steve Wynn
June on the West Coast -- Bright Eyes
Run Chicken Run -- The Felice Bros.
Postcard From Mexico -- Kieren Kane, Kevin Welch, and Fats Kaplan
It's Bad You Know -- R.L. Burnside
Jayne's Blue Wish -- Tom Waits
Blue Skies for Everyone -- Bob Schneider
Slow Down -- Cassandra Wilson
You and All of Us -- Hoots and Hellmouth
I Walk the Line -- Live
Path -- Stillhouse Hollow
Indeed in Love -- Quincy Coleman
All You Despise -- The Blue Rags
From the Mouths of Babes -- Old Californio
I Hear a Symphony -- Matthew Ryan
Rack Em Up -- Johnny Lang
Expectation and the Blues -- Corb Lund
Three Penny Charm -- Hoots and Hellmouth
The Departed Tango -- Howard Shore
Johnny Appleseed -- Joe Strummer and the Mescaleros

A mix like that presents moments of paranoia, maybe manic darkness (Wait Until You Get to Know Me, June on the West Coast, Postcard From Mexico, It's Bad You Know, Blue Skies for Everyone, I Hear a Symphony), but they're all framed in by cuts of sheer joy. I especially liked the offerings from the Felice Bros., Old Californio, Matthew Ryan, Hoots and Hellmouth, and the Blue Rags, but this is not to say that each one of the mix's carefully chosen cuts didn't slice open a vein and pour some hot, black-tar American soul into my system.

Thanks, VP! And, if you haven't heard any of these artists or their tunes yet, you're missing out.

I will say that when she sent me the CD, her playlist didn't identify the artist on I Walk the Line (a cover of Johnny Cash's tune on a tribute to Sun Records)... and I'm, like, hey... that's Ed Kowalczyk, the lead singer from Live. Yeah... I was right.

I have to say that ending the mix with Johnny Appleseed... well, I was listening to it in the car, driving home from dinner with my fifteen-year-old son (who's a HUGE fan of The Clash), and we started talking about Joe Strummer. (Oh yeah... that's what the real music was supposed to do for people... make them talk. But the VP realizes how downloads and iPods are killing all of that) It pissed me off telling my son about Joe Strummer. Unfair. Brilliant song.

And the thing is, too, that despite the range of sounds among the tunes on the mix -- from the swamp-rat bluesiness of It's Bad You Know, the swinging croon of Indeed in Love, the Delta folk strains of Run Chicken Run, or the punky Bluegrass of All You Despise, there is something that unites all of these cuts in the essence of our musical experience. Unlike Hip Hop and Rap, the music of "ME," meant to be played on booming systems so loud the world vanishes; or on iPod earbuds that reduce it to the space between your temples, these songs whisper and shout in open-armed honesty, tell huge stories, and are meant to be shared and talked about.

Kind of like The Vinyl Princess -- the book, and the person.

So, when I read an advance copy of The Vinyl Princess, it was kind of like what The VP said about feeling nostalgic and renewed. Anyone who grew up with records and a phonograph will know... I kept wondering what album Allie (the narrator) was going to talk about next, and found myself frequently chuckling at the sideways barbs she'd sometimes poke at certain artists.

Like the VP, I feel a special connection to phonograph LPs -- the way music was supposed to be shaped, held in your hands -- but my collection has reduced over the decades down to a single moving-box full of the LPs and 45s I could never bring myself to part with.

Thanks for the mix, VP. You rock.