the year of water 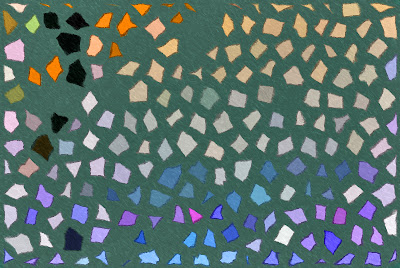 I'm going to answer a couple more questions I received about my novel Stick today, and then I'm going to leave it alone for a while.

On yesterday's post, Matthew said, I would love to see what changed from manuscript to ARC for this story...

Well, I can say a couple things about that, but, generally speaking, very little changed between the submitted manuscript and the final version of Stick that you'll see when the novel is published, which is kind of a good thing.

I wrote the novel very quickly for a number of reasons. First, I wanted to see if I could get something decent out of myself by participating in NaNoWriMo (I wrote Stick during NaNo, 2009). I went just a little over time limit, though. I believe I submitted the final draft of the manuscript around December 20, 2009 -- which made it about a 7-week effort.

I can safely say that during that 7-week period, I put at least 8 hours per day into the novel. Sometimes more. No days off. Ever.

Also -- and this is the absolute truth -- I wrote the novel because, at the time, I was feeling very down about my writing. I had just finished all the work on The Marbury Lens, and I felt like I'd spent a year in the dismal wasteland of Marbury. Also, I was particularly bummed out because I'd kind of built a cage around myself as a writer -- people were labeling me, after Ghost Medicine and In the Path of Falling Objects as this dreary, depressing "excavator of darkness" -- which I have some issues with... Remember in my post yesterday how I remarked that real young adults (not capitalized) usually take everything that happens to them as being completely normal. I know I did, through all the (now, in retrospect) certainly terrible things that happened to me.

Let me just say, too, that I don't find those books to be negative at all. But that's just me, I guess.

And, besides, I have written upbeat, even funny, novels. They just haven't been published yet. So, anyway, I was kind of in a very hermit-ish neg-vibe kind of place and I wanted to get out of that. So I guess writing Stick was one way for me to do that and try to show the kids in the (capitalized) YA neighborhood that the shut-in down the street was not the monster that some people made him out to be.

Which is a very long and convoluted start at answering Matthew's question, but this was also something I spoke about with VOYA this week.

Okay. So I sent off my final draft in December, 2009. Then, the following summer (just a few months ago, really), it was time to start the editing process. Well, the editorial letter I got from Liz about Stick was a half-page email. That was it.

I get longer fan letters.

So, there was very little to be done. In the end, I actually took some advice from a friend (Charlie) who wanted to know a little bit more about a particular character. After I did my revision, then, the book actually became just a little bit longer.

After that, the only changes that came about were formatting changes. We tightened it up a little, in terms of spacing and line breaks.

But that was it.

My editor, Liz Szabla, has always been an empowering and valuable teammate. She knows just how to get "stuff" out of me, and I think we got a heck of a good -- and different -- novel in Stick.